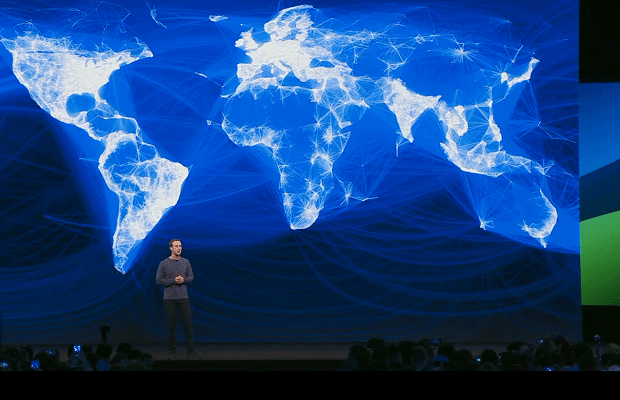 Facebook used its annual F8 conference to announce its biggest redesign in a decade, including more emphasis on private chat groups, a ‘secret crush’ dating feature and new shopping tools for WhatsApp and Instagram.

Founder and CEO Mark Zuckerberg revealed that Facebook is focusing its website and app around private groups and dispensing with the iconic blue bar at the top of the site.

The new designs and features for its apps are a direct response to widespread criticism of how the firm protects user data.

Zuckerberg said the company plans to put privacy first. He acknowledged that there was much to do to rebuild trust. In a speech to developers, Mr Zuckerberg described the firm’s new focus on privacy as “a major shift” in how the company is run.

Users will see a personalised feed of activity across all the groups that a user has joined, as well as algorithmic recommendations for new groups to join.

Facebook is adding features to certain types of groups. For example, a feature called Health Support Groups will let them anonymously post questions and share information about health issues without their username appearing.

It is expanding its Jobs groups to allow employers to post vacancies and find candidates. In groups used to buy and sell items, it is trialing new ways to allow buyers to ask questions and place orders while viewing a Facebook Live video.

Zuckerberg has said that groups are a central part of Facebook’s future.

One of Facebook’s earliest uses was to tell if somebody was single or taken. A year ago, Facebook embraced its past with a dating service, which allowed users to discover potential romantic matches within their network of friends, events and groups.

Currently only available in five countries, Columbia, Thailand, Canada, Argentina and Mexico, the service will soon be expanded to 14 new territories in South America and Asia. It is not currently available in Europe or the US.

Facebook is also launching a new feature called Secret Crush which will allow users to select up to nine of their Facebook friends who they have a romantic interest in. If the people on the list reciprocate, both users get notified of a match.

Facebook has experimented with a payments service, but is now integrating the service with Marketplace, its Gumtree-style online classifieds service. Users in the US will soon have the option to pay for their purchases directly on Facebook and ship to anywhere in the country.

WhatsApp will gain product catalogues and secure payments, which the company has been testing with about a million users in India.

Instagram creators and influencers in the US will be able tag items for sell in posts and Stories. It follows the Instagram Shopping pilot announced recently in the US, which allows users to make purchases inside the app from a select group of retailers.

Marketplace sellers will also be able to hawk their products in live broadcasts, raising the prospect of users creating their own DIY shopping channels in the style of QVC.

The company confirmed that it will soon introduce end-to-end encryption on Messenger for the first time. The technology, which makes it almost impossible for messages to be accessed by outsiders, is already used on WhatsApp which Facebook acquired in 2014. Facebook itself won’t see the contents, and the platform will be fully integrated with WhatsApp.

There will be more Snapchat-style “ephemeral” ways to share content in messages – meaning there will not be a permanent record of them.

Instagram posts will no longer have to start with a photo or a video, it will be possible to share content using just text, stickers or drawings thanks to a new “create” camera mode.

“The future is private,” Mr Zuckerberg said – adding, in a nod to the tech giant’s stream of privacy scandals: “I know we don’t have the strongest reputation on privacy right now, to put it lightly”.

The firm also revealed the launch date for its new stand-alone, wireless VR headset, Oculus Quest – which does not require a connection to a PC, smartphone or games console.

The social media giant said its 2.4bn users will soon be able to browse products, get recommendations from celebrities, organise shipping and make payments without ever leaving its “family” of three apps.

It appears to be banking on users’ feeling of connection to their friends and family on Facebook or to their idols on Instagram to give it an edge over e-commerce services such as Amazon and eBay.

The features are also an endorsement of Instagram’s thriving influencer market, in which online celebrities leverage their fame with product placements and endorsements, because they are likely to make such deals even more lucrative.

Speaking at Facebook’s annual conference on Tuesday, Adam Mosseri, the head of Instagram, said that the “future of shopping” would depend on the sway of content “creators” as well as just “brands and products”.

“Maybe you look up to someone, maybe they dress well, maybe they have a similar skin tone and so the make-up that looks good on them will also look good on you,” he said. “This is an area where we think we can uniquely create value.”