Interview with Jean Armour Polly: the woman who coined “surfing the internet” 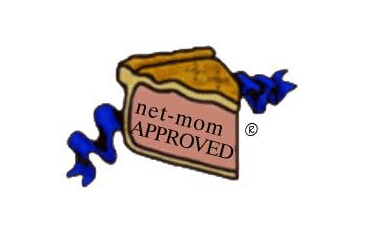 To celebrate International Women’s Day, Web Masters have spoken to Jean Armour Polly, aka Net Mom, to reveal her inspirations behind enabling internet access for all libraries, and how she coined one of the most famous terms.

Jean Armour Polly, also known as Net Mom, talks to Aaron Dinin on the Web Masters podcast, to discuss how she made computers publicly accessible in libraries, as well as how she coined the term “surfing the internet”.

Some key points from the interview:

• Jean Armour Polly was a librarian for 16 years
• She coined the term “surfing the internet” whilst writing an article about the internet for a journal
• After getting a modem, the library got thousands of calls a month all throughout the night

Armour Polly describes herself as a unicorn, as at the time there weren’t many people like her when she was making her mark on the internet. In the 1980s, she had a unique interest in the internet, as the majority of people who used and were interested in the internet were almost exclusively computer scientists or engineers.

Armour Polly was a public librarian for 16 years, who studied medieval studies at university and went on to study library science.

The librarian explains that in the late 1980s, time sharing computers was something that was up and coming so she took a free course in computer basics and she became really excited about the prospect of computers. Her father also worked with computers, as an engineer at General Electric, and she says “the ground was fertile for me to be really interested in this somehow.”

Explaining how computers came to be in libraries, Jean says: “I went to a conference in the New York State Library conference in about 1980. I guess it would have been in the fall in 1980. And I saw schools were getting microcomputers. And I thought, well, why should schools have these? And just the school kids learn how to use these, but adults and older people and other mere mortals that weren’t in school, how were they going to get this knowledge? Microcomputers weren’t in homes yet, but they were in school. So I started agitating, did my library board to get a microcomputer. And the big thing was why would anybody go to a library to use a computer? Why would anyone do that? Because really, there wasn’t a whole lot. But once we got one, we had so many people that would sit through a little class to learn how to load a floppy disk into the drive and get a little blue sticker on their library card that showed that they could sign up for computer time. And we had computer time booked weeks and months ahead. It was crazy. We only had one computer.”

This really set the stage for Armour Polly, and she went on to write several books for the library space explaining why libraries should be equipped with computers and the internet.

Discussing making the leap from computers to the internet, Jean explains: “In about 1983, we got a modem. The floodgates opened then because people were starting to buy these modems and they didn’t really have any place to call. I mean, there wasn’t AOL yet. There certainly was an Internet, yet this would have been 83, I think we put up an electronic bulletin board system a lot of people have never heard of, and basically that’s what it was. We didn’t have a motor pool. We had one modem. So we hooked it up to our phone line at night when the library was closed. And we got about a thousand calls a month, even though we were just open at night because there was this untapped demand, really, like, oh, I got this modem, you know, I’m a hobbyist now. Who do I call with this?”

Jean became the system operator for a phone-in service as people were asking her for book recommendations or reference questions: “Eventually we had a dedicated line for it. So it was up all the time so people could page the system operator. And so all the time we would hear a little bell go off and then somebody would go over and see what the person wanted. So it was just really another doorway into the library at that point. But we used it. We talk to people a lot about libraries, evangelize, libraries, but mostly they were talking to each other.

We had a never ending story that we wrote that people just kept adding to the story that it went on for. I don’t know how many pages this story ended up, but this community wrote this story.”

The host, Aaron Dinin explains that Jean Armour Polly helped usher in public computing, making computers and Internet access accessible for more people. A big reason the Internet is so ubiquitous today is because of the Herculean efforts of people like Jean.

Jean felt strongly about social equity in terms of the internet as the majority of tasks needed to be completed online: job applications, accessing medical information and so on.

Talking about how she coined the term “surfing the internet”, Jean explains: “I was contracted to write an article for Wilson Library Bulletin, which was a library professional journal that everybody loved and everybody got everybody read it and they said, well, you’re out there talking about the Internet all the time and you just do an overview of, like what it is and how you get on it and what you can do and that sort of thing. And I said, yeah. So in those days, what we had was “cruising the Internet”. We had “mining the Internet” but none of those metaphors actually did it for me. Things kept moving around. It wasn’t like it was now, like things would go up, things would go down, things would get moved. You really needed some skill, really. It was kind of an art using it back then. And so I looked down at my mousepad and I had gotten a number of grants from the Apple Library in Cupertino and one of the mouse pads that I have had a surfer on it and it said information surfer on it. And I said, oh, that’s my metaphor for surfing the Internet. It’s hard to do. You need some skill. There’s currents everywhere. Sometimes there’s sharks. And so I’m going to call my article surfing the Internet.”

Web Masters is a podcast that explores the history of the Internet through conversations and stories with some of its most important innovators. You can listen to the latest episode here and read more about the newest episode in the transcript here.