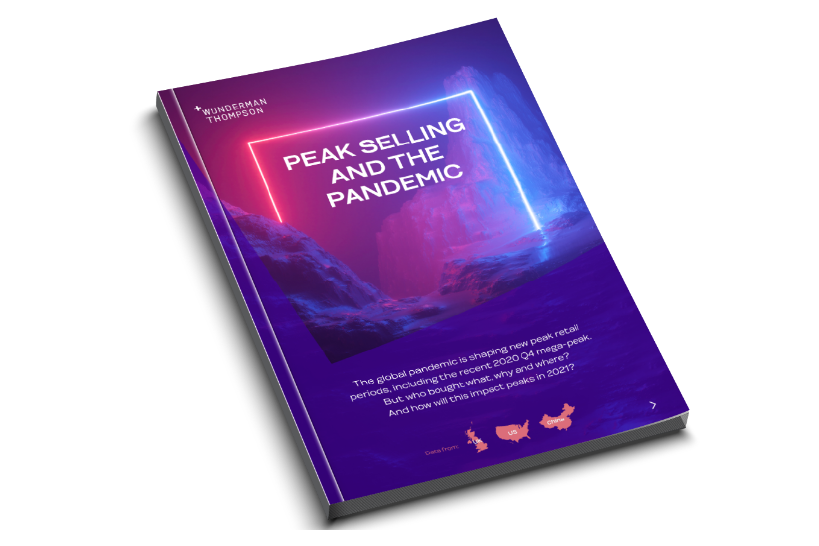 People opted to save instead of spend over key ‘peak’ retail moments in 2020, and 61% of consumers said that their Christmas celebrations would have been impossible without online shopping, according to new research.

The ‘Peak Selling and The Pandemic’ research findings, published today, from leading eCommerce consultancy Wunderman Thompson Commerce, highlights how consumers opted to save instead of spend over key ‘peak’ retail moments in 2020.

With shopping habits forever changed due to the pandemic, retailers will find that shoppers’ demand more from them in 2021 and over half (53%) of those surveyed now expect them to be better prepared for Black Friday, Christmas and similar peak moments in the retail calendar.

Key findings from the report include:

The report – which surveyed 6,000 consumers across the UK, US and China – found that there were differing opinions across the three countries. Singles’ Day (considered by many as China’s Black Friday) being a key date and accounting for over two-thirds (68%) of total spending online, for instance.

Last year people encountered strict, last-minute Covid-19 restrictions and high-street closures across Britain led to one of the most disruptive retail periods. Yet for many consumers, shopping online helped save the day with UK internet sales making up 46% of retail sales in 2020*, the highest annual growth reported since 2008.

This would perhaps explain why 61% of consumers said that their Christmas celebrations would have been impossible without online shopping as over two-thirds (68%) of consumers’ Christmas spend was online last year. This is according to Wunderman Thompson Commerce’s ’Peak Selling and The Pandemic’ report, which surveyed over 6,000 online consumers in the UK, US and China.

Families were forced to cancel big gatherings altogether, with over half (57%) of consumers claiming that Covid-19 ruined their festive period. Unsurprisingly many opted for a frugal approach during the peak period with almost a third (29%) admitting that they resisted peak spending all together, in favour of putting money away into savings.

As the UK economy recovers from Covid-19, retailers that rely on the Q4 ‘peak’ (Black Friday and Christmas) for survival should already be planning for a successful 2021. The expectation from over half (53%) of shoppers is that retailers should be better prepared for these periods.

Hugh Fletcher, Global Head of Consultancy and Innovation at Wunderman Thompson Commerce, said: “Whether retailers liked it or not, they had to pivot ‘peak’ plans in 2020. And when it came to Black Friday and Christmas, most were forced to adopt a digital-only mindset for what has come to be the busiest and most profitable two months in the year. For some, this was an easy change as they had been reaping the benefits of online for years. For others, Covid-19 was a shock to the system that caused a complete overhaul of strategy.

“What’s clear is 2020 changed peak retail forever and perhaps retail generally– consumer behaviour shifted more than retailers could have anticipated and the expectation for an unbeatable, affordable service is even higher now. Companies like Amazon have been mastering peak periods well before the pandemic stole the headlines, so it’s vital other retailers aren’t left behind by continuing to innovate, investing in the back-end and listening to what customers need.”

A glance at the US and China

What’s more, 59% of US shoppers had their Christmas and Thanksgiving disrupted by Covid-19, while 61% of Christmas shopping in America was online in 2020; the latter figure was slightly higher in the UK (68%), likely due to the stricter coronavirus restrictions.

Similarly, China’s Singles’ Day – taken on by Alibaba and considered by many as the country’s Black Friday – was a key date for shoppers with over two-thirds (68%) of total spending online that day versus 32% of spending in-store. Unsurprisingly, Chinese retailers should be preparing for an even bigger Singles’ Day in 2021 with over six in 10 (62%) shoppers in China saying they intend to spend more next year and even more of this spend is expected to be through online channels (93%).
For more details and to download the full report please click here.