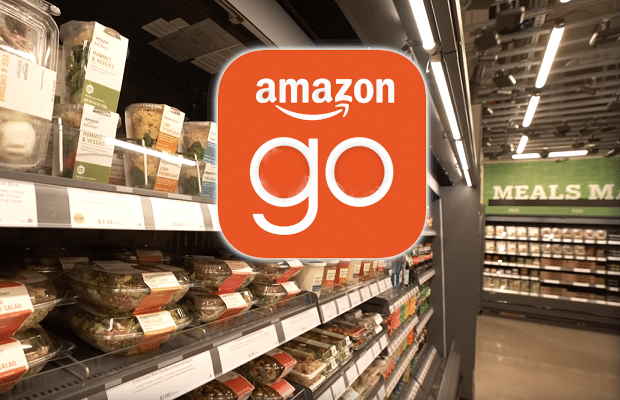 The new store will be four times bigger than any existing Amazon Go store, the first of which opened in January 2018, as Amazon looks to stamp its mark on the high street.

Like the smaller stores, Go Grocery uses Amazon’s overhead cameras to track items as they are picked up, removed or replaced on the shelves.

However, staff at the new store have to interact with customers if they wish to buy alcohol as they’ll need to check ID.

Customers can simply walk out without going through a checkout, charged only for the items scanned in the app and taken with them.

The new store looks to target residential shoppers in Seattle’s Capitol Hill neighbourhood, as opposed to the office workers who have made up the bulk of custom at the existing city-centre Amazon Go stores.

Amazon says the range of goods on offer will vary in terms of price and scale, although it’s likely that some lines will be shared with Whole Foods, which the online giant bought in 2017.

“Our goal is to be able to figure out how to be relevant for customers in whichever neighborhood that we’re in. If we do a good job, good things happen. If we don’t, we course-correct,” Dilip Kumar, Amazon vice president of physical retail and technology, told Reuters.

View this report from CNBC:

The expansion of its grocery store signals further intent to move into physical retailing. And it would be unwise for high-street brands to ignore the threat that Amazon poses.

Tim Reay, Head of Grocery at Wunderman Thompson Commerce, said: “Amazon’s next step into the disruption of the grocery market has finally materialised, as the eCommerce giant seeks to absorb even more of shoppers’ spend. Ultimately, success will be defined by whether Amazon Go can meet expectations of quick delivery, immediacy and convenience in every step of the buying journey. The ceiling cameras and shelf-weight censors are not simple gimmicks either. Combined with the direct billing system that is connected to shoppers’ Amazon accounts, the system is yet another way to lock customers in and to reinvent the physical grocery shopping experience by removing friction points.

“Physical food retailing is an area where there is still scope for expansion as 40% of consumers said they would never buy their groceries online, but when they do, they are more likely to shop on a retailer’s site (27%). This means Amazon has an entirely new market to win over and convince as they start to move into more physical stores. In addition, this move will go further to help Amazon solidify its vital role in customers’ purchasing – it already accounts for 52% of all online shopping in the US, and that’s without a mature online grocery offering.

“Amazon’s physical retailing initiatives give brands another opportunity to work alongside Amazon and take advantage of its innovations. Of course, brands must think about how they retain relationships with their customers and retain equity in their brands. For many organisations, Amazon can be the platform to offer immeasurable scope to reach millions of consumers globally, which is why two-thirds say they need it to remain competitive.”