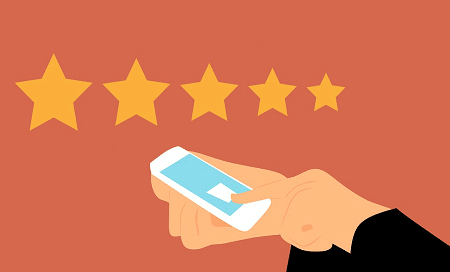 Consumer group Which? has exposed a web of paid-for reviewers providing fake reviews to dozens of UK businesses listings on Google, ranging from home improvement companies to a stockbroker.

Which? set up a fake company and bought bogus reviews to probe how some businesses are opting for shortcuts to build a good customer rating.

Notably, companies selling Google reviews in bulk were all easily found in the tech giant’s own search results, the report said. Which? created a fake business listing called Five Star Reviews and bought 20 Google reviews for around $150 from a site named Reviewr.

The firm providing paid-for reviews claimed to offer “100% permanent reviews” that won’t be deleted and the investigators even got the option to choose a star rating of their liking for each review.

The Google accounts, which were used to plant the fake reviews, had reviewed similar businesses all around the country. Nearly 50 companies, including a stockbroker, a dentist, a London estate agent, and a bakery in Edinburgh, had at least three reviewers in common, suggesting that these businesses paid the same company to post “glowing appraisals”.

But in investigating the “reviewers” behind them, the Which? team found, among others:

• 15 reviewers who had rated both an Edinburgh search engine optimisation business and a London psychic as five stars, which it called “an unlikely coincidence”
• A stockbroker in Canary Wharf who, having had several bad reviews in mid-2020, received 30 five-star ones “in quick succession” a few months later
• A reviewer who claimed to have lived in Surrey for years while praising a local car company, and a Glasgow electric gate firm 412 miles (663 km) away for work on his home
• The same reviewer also praised a dentist in Manchester, a paving firm in Bournemouth, and a Cambridgeshire locksmith, who allegedly saved his toddler from a locked car

Which? said it linked some 45 businesses scattered across the country to three suspicious “reviewers”. That suggested they had each paid the same review seller to post their reviews, it said.

“Companies that are taking shortcuts to rise up the ranks dishonestly are in breach of Google’s terms of use, and may well steal business from those operating honestly. Our investigation revealed that, in some cases, they may pose a threat to consumers, too,” the report said, elaborating on the risk of fake reviews.

This is yet another indication of the prevalence of fake reviews – earlier this year it was revealed that fake Amazon reviews are being sold in bulk and TrustPilot removed 2.2 million reviews in 2020.

“The Which? investigation is yet another example of just how damaging the fake online reviews problem really is. It is hurting honest businesses and misleading consumers with serious real life consequences,” Wheeble said.

“All firms can take steps to improve monitoring and invest in efforts to tackle fraud and misleading customer feedback. Consumers need guidance on what reviews are verified and can be trusted.

“Fundamentally, the only way to guarantee real and accurate reviews is to ensure they are posted by real customers. That means robust verification processes to confirm somebody is a buyer before they can leave a review.

“We welcome the ongoing review of our industry, we believe it will drive standards and accountability; but clear advice and guidelines to allow consumers to begin transacting confidently is what is required to begin addressing this issue and start driving real change.”