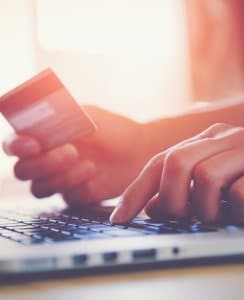 As the UK High Street experienced a boost in the first week of non-essential retail re-opening, the digital High Street also remained buoyed, according to new research.

The latest data from Wunderkind, formerly BounceX’s, Marketing Pulse, reveals that as consumers hit the shops after months of closure, shopper traffic on the High Street increased +178%, according to Sensormatic, and an estimated £1.6billion was spent in-store on the first weekend of trading, while ecommerce revenues also saw a rise, up +2.5% week-on-week.

Web traffic also saw a rise, increasing by +2.4% over the same period (w/c 12.04 vs w/c 5.04) – illustrating sustained digital demand, despite the unlocking of traditional retail.

This, Wunderkind suggests, is not only indicative of the seismic – and permanent – shift to digital, but of the importance in understanding and connecting more closely with shoppers to drive long-term brand advocacy and increased customer lifetime value.

Wulfric Light-Wilkinson, GM EMEA at Wunderkind, commented: “There’s been much debate as to whether the boom in online could successfully be sustained once retail reopened. And, from what we’ve seen so far, even pent-up demand for real-life shopping experiences in the first week of opening hasn’t deterred consumers from the ease and convenience of shopping online, suggesting the shift to digital is here to stay. But the real test now comes in how brands and retailers connect and engage with their customers moving forwards, to turn the new cohorts who have come online into repeat shoppers and those existing shoppers into long-term brand advocates.”

While web revenues and traffic increased on the week before, email performance dipped slightly with revenue down a marginal -1.6% week-on-week.

“This slight drop in UK email revenue retail could be down to a number of factors;” Light-Wilkinson suggested. “Non-essential retail opened on the same day as outside hospitality, which also coincided with the last week of the Easter holidays – this may have prompted many to step away from their desks and take time off to enjoy new freedoms, perhaps explaining the slight dip in email performance during the week.”

Social mentions for the words ‘hairdresser’, ‘shops’ and ‘pub’ all saw significant spikes on the first day of restrictions easing, according to social agency, the tree, up 277%, 276% and 272% respectively on the day prior.