Nike tweets ‘Don’t do it’ amid global BLM protests 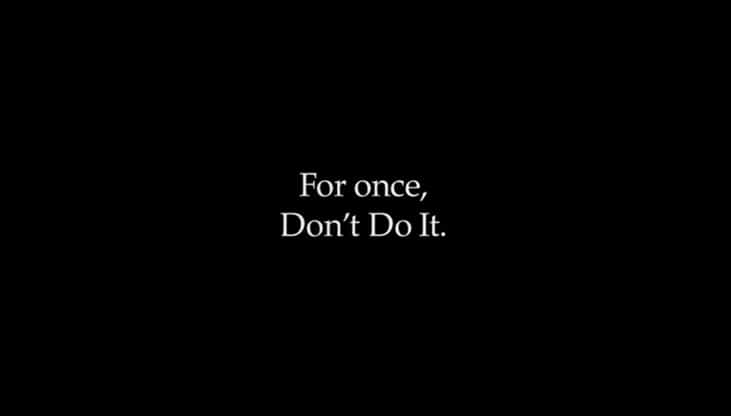 Nike has released a new advert in response to the Black Lives Matter protests with the slogan: “Don’t Do It”.

The phrase is a twist on the sportswear brand’s trademark catchphrase: “Just Do It” and in this instance is in reference to combatting racism in the wake of the death of George Floyd.

Mr Floyd was killed last month after a police officer pressed a knee onto his neck until he stopped breathing.
Protests have since erupted around the world as demonstrators decry years of police brutality against African Americans.

Nike shared its new slogan on Instagram. The video begins with the words, “For once, Don’t Do It” written in white text against a black background.

Let’s all be part of the change. ⠀ ⠀ #UntilWeAllWin

Nike’s video on YouTube has garnered 414,721 views at the point of writing, with netizens commending the brand for speaking out. It also posted the video on Twitter, where it was retweeted by rival Adidas.

It’s not the first time that Nike has used its global platform to speak out against racism.

The sportswear giants famously supported NFL player Colin Kaepernick after he knelt during the national anthem ahead of a game as part of a silent protest regarding America’s treatment of racial minorities.

Nike has since partnered with Kaepernick on several occasions, including one “Just Do It” ad campaign to mark its 30th anniversary, in which the San Francisco 49ers quarterback says: “Believe in something. Even if it means sacrificing everything.”