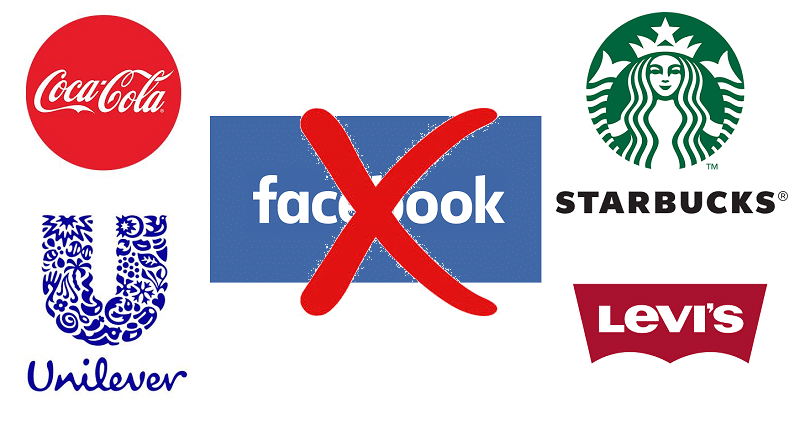 Mark Zuckerberg has lost $7.2bn in share value after several companies pulled their advertising from Facebook, citing the company’s failure to police hate speech and disinformation on its site.

In response, the social media giant announced it would begin to label potentially harmful or misleading posts which have been left up for their news value. However, some brands say this move does not go far enough.

The company’s shares fell 8.3% Friday, the most in three months after Unilever, one of the world’s largest advertisers said it would stop selling its products on Facebook, Bloomberg reported.

The company joined other large firms such as Verizon Communications, Hershey Co. and Honda in pulling their ads from the social media giant.

The share-price drop eliminated $56 billion from Facebook’s market value and pushed Zuckerberg’s own net worth down to $82.3 billion, according to the Bloomberg Billionaires Index.

The move left Facebook’s chief executive in fourth place on the list, overtaken by LVMH Moet Hennessy boss Bernard Arnault, who is now in third place behind billionaires Jeff Bezos and Bill Gates.

In a response to the ad boycott, Zuckerberg said the company would label all voting-related posts with a link encouraging users to look at its new voter information hub.

The company also announced that it would prohibit “claims that people from a specific race, ethnicity, national origin, religious affiliation, caste, sexual orientation, gender identity or immigration status are a threat to the physical safety, health or survival of others.”

The organisers of the #StopHateforProfit campaign, which accuses Facebook of not doing enough to stop hate speech and disinformation, said the “small number of small changes” would not “make a dent in the problem”.

More than 90 companies have paused advertising in support of #StopHateforProfit.

The #StopHateforProfit coalition – which includes the National Association for the Advancement of Colored People (NAACP) and the Anti-Defamation League (ADL) – said none of the changes would be vetted or verified.

“We have been down this road before with Facebook. They have made apologies in the past. They have taken meagre steps after each catastrophe where their platform played a part. But this has to end now,” it added.

Key messages from brands are listed below:

We will pause all paid advertising on Facebook and Instagram in the US in support of the #StopHateForProfit campaign. Facebook, Inc. must take the clear and unequivocal actions to stop its platform from being used to spread and amplify racism and hate. >>>https://t.co/7OpxtcbDGg pic.twitter.com/I989Uk9V3h

Patagonia is proud to join the Stop Hate for Profit campaign. We will pull all ads on Facebook and Instagram, effective immediately, through at least the end of July, pending meaningful action from the social media giant.

We need a break @facebook. Effective immediately, we will be halting our global advertising with @Facebook & @Instagram until at least the end of July in support of the #stophateforprofit campaign & donating those dollars towards building more inclusive outdoors.

Companies must take a clear stand on recent issues and draw the line.#StopHateForProfit

We will join #StopHate4Profit and stop posting on @Facebook for the month of July. We are taking this action to protest the platform’s irresponsible propagation of hate speech, racism, and misleading voter information. We encourage clients and our own people to join us.