Social advertising trends: Major shift from organic to paid in past year 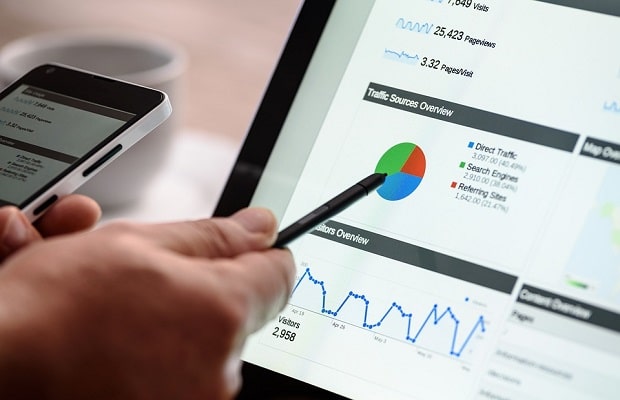 There has been 54% year-on-year increase in ad spend across all major social media platforms around the world, as advertisers move from organic and viral sharing to paid and sponsored advertising, according to new research.

The study, from 4C Insights, looked at a representative sample of nearly $400m in media spend from more than 1,000 individual brands managed through its platform, 4C Social.

In particular Facebook grew 38% quarter-on-quarter and 125% year-on-year on 4C. The company just announced changes to its news feed to treat publisher posts differently to friends’ posts. It remains to be seen what impact these changes will have on user experience and growth.

Aaron Goldman, CMO at 4C Insights, comments: “The bottom line is that in today’s multiscreen, multitasking world, brands must manoeuvre more strategically than ever to engage their target audiences. When it comes to “social” in 2018, the best way to break through is with paid placement.”

To assess digital advertising growth, 4C analysed a representative sample of nearly $400 million in media spend from more than 1,000 individual brands managed through its platform, 4C Social. To gauge TV advertising trends, 4C’s Teletrax technology monitors 2100+ TV channels around the world, keeping track of the biggest advertisers in the UK.

This increase is on the heels of Snapchat’s move to separate social from media. In November, Snapchat unveiled a redesign that separated out peer-to-peer interaction and curated/professional content. In fact, ad spend through 4C increased 29% in the final quarter to close out the first full year of self-serve Snap Ads.

Goldman; “It’s a win for advertisers if Snap can get current users to spend more time leaning back and watching more brand-safe videos with ads interspersed throughout,”

Meanwhile, the value of engagement with Facebook ads continues to grow, with the average cost-per-thousand impressions (CPM) and cost-per-click increasing 27% and 17% for the quarter, respectively. Features that allow for highly-visual ads, like Carousel ads, as well as continuous improvements to targeting features have contributed to growth in advertising spend on the platform.

Ecommerce sets the trend for TV

2017 was the year digital spend surpassed TV, but it’s telling that two of the largest investors in TV for the last quarter were e-commerce giants Amazon (4,219 ad minutes) and Argos (7,798 ad minutes). Amazon’s ‘Give’ campaign featuring singing boxes contributed to the brand racking up in excess of 10,000 TV advertising spots across free and pay-to-air channels.

Amazon was only surpassed in TV advertising volume by Argos, whose ‘Ready for take-off’ campaign helped the brand top nearly every category in TV. Ecommerce giants were closely followed by tech companies like Apple and Samsung, who were also top UK advertisers leading up to the holidays.

Goldman concludes, “TV advertising isn’t dying in favour of digital advertising. In fact, it remains a hugely significant part of ad spend, with nearly $200B spent on TV ads in 2017. With big events like the Six Nations and the Oscars coming up in Q1, it’s important for marketers to leverage audiences across screens during big moments.”