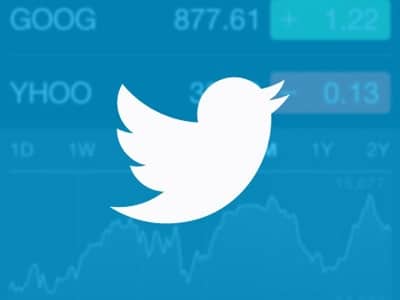 Twitter increased quarterly revenue on the strength of ad sales, but its user numbers fell short of expectations.

The San Francisco-based company said its average monetizable daily active users increased 20% year over year to 199 million, but analysts had expected that number to grow to 200 million.

Ned Segal, chief financial officer of Twitter, said on the company’s earnings call that revenue growth, which was down sequentially in the U.S. more than last year, was affected by the COVID-19 pandemic. “Remember COVID had a varied impact in different parts of the world at different times of the year,” he said.

Twitter’s stock was down more than 11% in after-hours trading on Thursday after the company released its first-quarter earnings, missing on user growth expectations and providing lower revenue guidance for the second quarter than expected.

The company said it is still too early to understand the impact of Apple’s privacy changes in iOS 14.5. However, Twitter pointed out that its integration of Apple’s SKAdNetwork enabled the company to increase by 30% the total number of iOS devices it can reach with its Mobile Application Promotion (MAP) offering.

“Engagement has also been up on Twitter, as people use the platform to discuss important events, like developments in the pandemic, the US elections and current affairs.

“After the acquisitions of Breaker and Revue, Twitter was also rumoured to be in talks to acquire Clubhouse, the much-hyped audio app, for around $4 billion. While this acquisition didn’t go through, Twitter seems to be in the market for diversifying its offering, possibly with something disruptive.

“One thing’s for sure: innovation and fresh new content formats will always draw the crowds, but Twitter needs to be careful not to veer too far from its core use case – real time information sharing via tweets, live streams and, since the launch of Spaces, voice.”

Aaron Goldman, CMO, Mediaocean, said: “Twitter continues to grow its advertising business with a 28% increase in revenue year-on-year in Q1. Earlier this month, the company rolled out its rebranding advertising product suite, consolidating 20+ ad types into 5 categories. This will help brands better understand and adopt the various formats Twitter offers to engage consumers at each stage in the marketing funnel. With the return of live events and sports, Twitter is reclaiming its throne as the defacto second screen. As we look ahead to the TV upfronts and Olympics, it’s clear Twitter will be an important component of omnichannel advertising plans.”