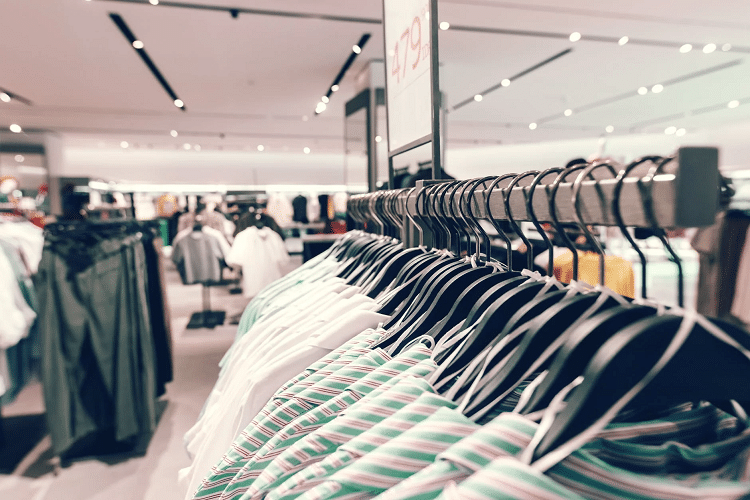 Total sales fell by 0.3% on 2019 – the biggest year-on-year change since the BRC-KMPG retail sales monitor began in 1995.
Non-food sales dropped by 5% as a result of national and local lockdowns closing non-essential stores offering fashion, lifestyle and homeware goods.

The decrease in sales in physical non-food stores was even higher – a 25% drop – as a result of widespread closures.
Although December saw the highest levels of festive food and drink spending on record, they failed to save the annual figures.

Helen Dickinson, chief executive of the British Retail Consortium, said: “Covid has led to 2020 being the worst year on record for retail sales growth. Physical non-food stores – including all of ‘non-essential’ retail – saw sales drop by a quarter compared with 2019. Christmas offered little respite for these retailers, as many shops were forced to shut during the peak trading period. Though this led to a rise in food-based gifts as many shoppers bought what they could from the shops that were still open.
“With shops still closed for the foreseeable future, costing stores billions in lost sales, many retailers are struggling to survive. To avoid the unnecessary loss of shops and jobs government should announce an extension to business rates relief for the worst-affected businesses as soon as possible. With many retailers making decisions over their future, the government must act decisively.”

Jonathan Allan, CMO at customer service platform, Puzzel, said: “Retailers have seen disruption like never before in the last 12 months. While the high street was already suffering before Covid-19 hit the UK, lockdowns and social distancing have now become our new normal, forcing stores to embrace digital as the primary driver of sales and customer engagement.

“The BRC’s latest findings will serve as a stark reminder to leaders of the fundamental role technology will continue to play in 2021 as an enabler of growth. With vaccine roll-outs anticipated to take the majority of this year, and the future outlook uncertain, it’s critical that retailers deliver a personalised digital experience that mimics, or even trumps, that of traditional in-store service.

“Indeed, over the last six months we’ve seen a change in customer’s preferred communication channels with SMS, web-chat and survey increasing on average by 37%, as well as seeing a decrease in voice calls. Brands must prepare for such changes in customer expectations, being prepared to adapt to fast-moving environments, to ensure they don’t lose out against rivals.”

Hugh Fletcher, Global Head of Consultancy and Innovation at Wunderman Thompson Commerce, said: “2020 was a year to forget for most businesses as the coronavirus pandemic disrupted any chance of a high street fightback, with a third national lockdown at the beginning of this year adding further woe to brick and mortar stores. It’s therefore unsurprising to see shoppers shift to eCommerce with many remaining fearful of contracting the virus; nearly half (48%) confessed to being scared about returning to the high street in July and a still sizeable 24% in September. Yet for many high street brands and small businesses, the pandemic has been a catalyst to giving digital retail laggards the push they needed to refocus their efforts online.

“People are now increasingly opting for home delivery food shops, online fashion purchases and even virtual experiences. However, unlike the first national lockdown last year which took many brands by surprise, retailers ought to be better equipped to deal with current and future lockdowns. The fact that nearly nine in ten (87%) consumers claim they expected retailers to be better prepared for new lockdowns demonstrates that consumers’ patience in the online shopping experience is waning. ASOS has already shown its hand by investing in a new £90 million distribution centre – further evidence that retailers need to offer consumers what they want online or face losing ground to competitors, financially and reputationally.

“Challenges remain in the retail sector, including sustaining growth, offsetting rising costs and reliably supporting eCommerce operations during the third national lockdown. While there is a hope that we’ll return to normality in the summer of 2021 following widespread vaccinations, those who continue to adapt in the face of fast-changing guidelines will ultimately win out.”