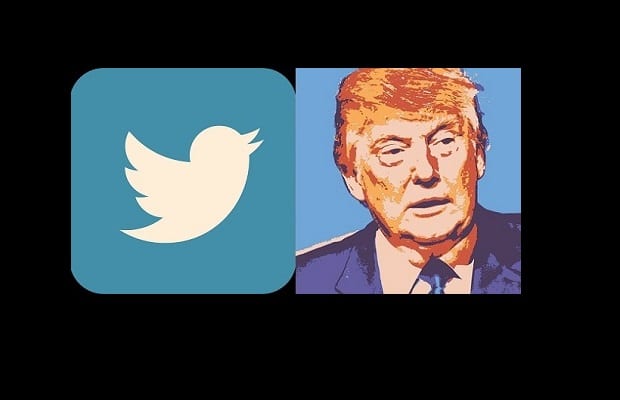 Trump's social media posts about coronavirus have been flagged by both Facebook and Twitter for spreading 'potentially harmful information'.

In one post, the US president falsely claimed that coronavirus is less deadly than the seasonal flu “in most populations”.
The tweet – which can still be viewed but has been hidden on Mr Trump’s page – said: “We have learned to live with it (the flu) just like we are learning to live with Covid, in most populations far less lethal!!!”

Facebook also removed the post from its network, with a company spokesman saying: “We remove incorrect information about the severity of COVID-19 and have now removed this post.”

Experts agree that Covid-19, which has killed more than 200,000 people in America and more than one million worldwide, is more lethal than the seasonal flu.

In other tweets, Mr Trump wrote that he was “feeling great” as he continues to recover from coronavirus.

He added that he was “looking forward” to the next presidential debate against his Democratic rival Joe Biden on 15 October in Miami.

Trump returned to the White House on Monday after he was treated in hospital for COVID-19 for three nights.

Shortly after his return, the US president released two videos – one with footage of his journey accompanied by sweeping orchestral music, the other of him speaking on a balcony flanked by US flags.

In the videos, he told Americans to “get out there” and “don’t be afraid” of COVID-19 – despite the 210,000 coronavirus-related deaths recorded so far in the US.

“We’re going back to work, we’re going to be out front… I know there is a risk, there is a danger, but that’s ok,” he said.
He also suggested he could now be “immune” to the virus after feeling “better”.

But some experts, including America’s top infectious disease expert Dr Anthony Fauci, have warned the president could face a relapse in symptoms.

His illness has come just weeks ahead of Election Day, when Americans will choose either Trump or Joe Biden for their next president.