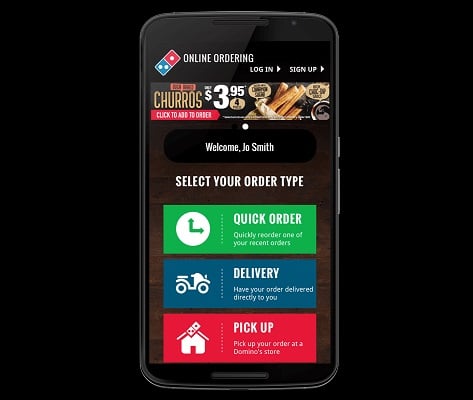 Domino’s Pizza must make its website and mobile app accessible to blind people using screen-reading software, after a court ruling in the US.

It follows a complaint from a blind customer who said he first struggled to change toppings and then was unable to complete a pizza’s purchase using the company’s iPhone app.

Guillermo Robles, a blind man, filed a federal lawsuit against Domino’s in September 2016, claiming the company stopped him twice when he attempted to order a customised pizza.

Its website and mobile app didn’t work with screen-reading software, which vocalizes visual information on websites.

The company also offered online-only discounts, which Robles said were effectively off-limits for him.

The plaintiff’s case was initially dismissed in 2017 but was successful on appeal.

It may now set a precedent for others.

He highlighted that Apple’s smartphones featured built-in screen-reading software to help their visually impaired owners use the internet.

However, the software relies on images and other visual elements within a website or app being tagged with text.

In the UK, the Royal National Institute of Blind People also welcomed the ruling.

“All organisations have a responsibility under the Equality Act 2010 to ensure that their websites and apps can be used by blind and partially sighted people, including those who use screen readers,” a spokeswoman told the BBC.

“It’s a perennial problem here in the UK and one we continue to address by working with companies to provide consultancy around web accessibility, as well as challenging them where necessary.”