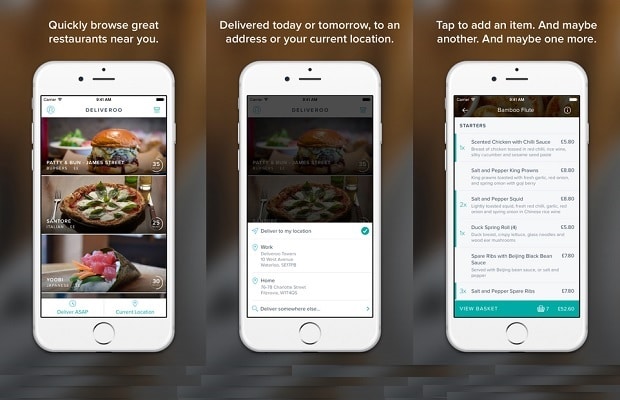 The company, seen as one of Britain’s brightest tech start-ups, posted sales of £128.6m in 2016, according to accounts filed at Companies House.

The company, incorporated under the name Roofoods, made a worldwide loss of £129m in 2016, up from £30m in 2015, suggesting the company will have to raise hundreds of millions more as it grows.

Deliveroo lets users order food from restaurants that do not have their own delivery drivers. Its app connects shoppers and food outlets through thousands of bike couriers, who are not deemed employees but paid largely per job.

Accounts for Roofoods Ltd, showed sales climbing from £18.1m to £128.6m in 2016. However, the company made a gross profit – the profit it makes from deliveries alone before other business costs are added – of just £1.1m, showing tiny margins on each order it completes.

Administrative expenses, such as hiring new staff and a fancy new London office, multiplied from £28.8m to £142.2m, dragging it into the hefty loss.

On top of that the company has been funding an international expansion plan.

Deliveroo is now in 12 countries, including Germany and Singapore.

It connects thousands of bike couriers to customers wanting food from restaurants that do not have their own delivery system.

Deliveroo does not employ its riders directly, but pays them per delivery – hence the term “gig”.

A company spokesman said in a statement: “Deliveroo is investing heavily in new technology and new sites across the world. We are extremely proud that in only four years Deliveroo now works with over 30,000 riders and 20,000 restaurants to deliver great-tasting food in over 140 cities around the world.”