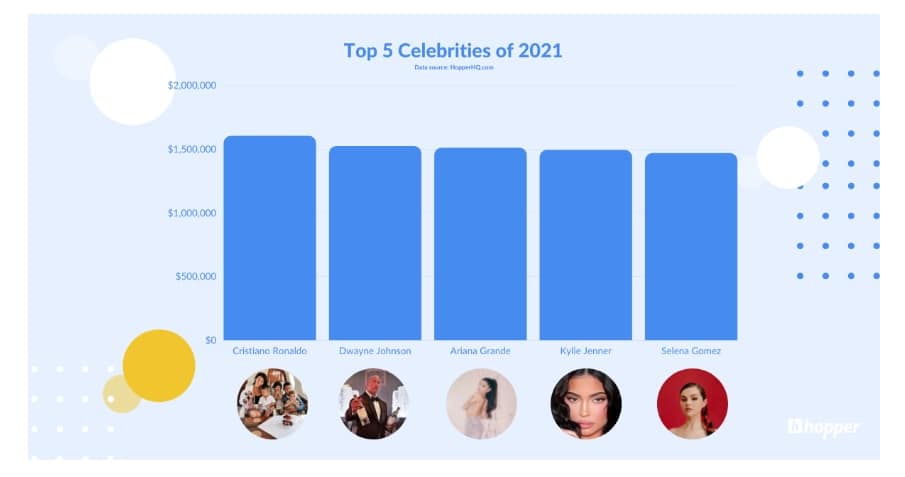 Cristiano Ronaldo has topped the 2021 Instagram Rich List as the platform’s highest-earning star, obtaining the highest ever amount in the List's history, with an average earning of $1.6 million per post, according to new data.

The scheduling tool has revealed the highest earning celebrities and influencers on the social media platform, as well as industry specific stars, such as sporting athletes, fitness, beauty and lifestyle influencers.

Cristiano Ronaldo takes the top spot for the first time this year, obtaining the highest ever amount in the List’s history, with an average earning of $1.6 million per post. Despite this, women are dominating the annual leaderboard accounting for 56% of the highest earners on Instagram in 2021.

HopperHQ.com, analysed internal and publicly available data to create a list of the highest paid celebrities and influencers on Instagram. The data considers factors such as average engagement, how often they post, industry variables and number of followers.

Cristiano Ronaldo has placed number one on the list for the first time this year, since the list started in 2016, with the footballer’s estimated cost for an Instagram post increasing 54% from $889,000 per post in 2020, moving him up the list two places. Despite this the platform found that women are continuing to dominate the leaderboard accounting for 56% of the top 100 highest earning influencers on Instagram in 2021.

(Celebrity, number of followers and estimated cost per post) 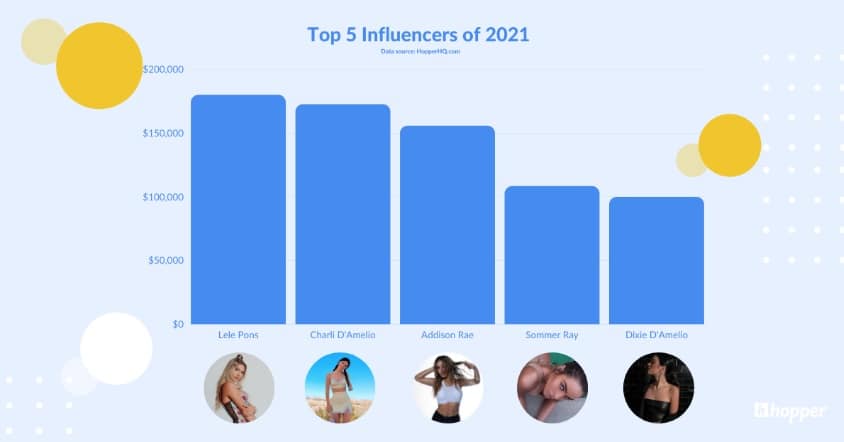 When looking at the figures globally, it was discovered that the percentage of influencers on the list in Africa has more than doubled in the last year, as influencers on the continent now account for 12% of this year’s index, in comparison to 6% last year.

Mike Bandar, co-founder of HopperHQ.com said: “Five years on it’s still incredible to see the growing influence these celebrities can have on the social media platform, but with ever growing follower numbers and the sheer amount of exposure each of their posts have, it’s no surprise how valuable content from these celebrities can be. As COVID-19 continues to impact all our lives, it appears that Instagram is the one of the few places not negatively impacted by the pandemic, and with people using the app more than ever before, some could say it was inevitable earnings would peak this year.

“It was great to see Cristiano Ronaldo take the number one spot this year after steadily ranking within the top five throughout the List’s history. With the Euros starting earlier this month and a few controversial marketing moves over the last couple of weeks, the football royalty’s presence has skyrocketed. And with all eyes on him, just a week ago the star confirmed his King of Instagram status as he became the most followed person on the platform, reaching 300 million followers!”

To view the full Rich List which includes, but isn’t limited to, celebrities, influencers, athletes, and models click here.