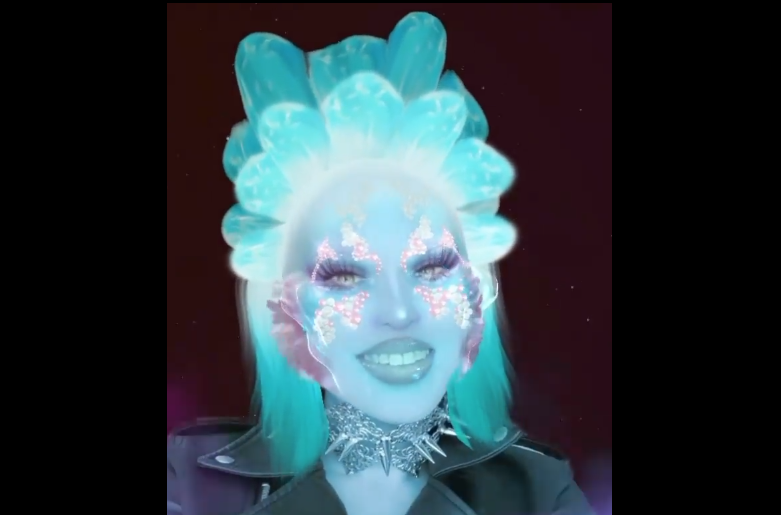 The new Coldplay filter features one of the alien characters seen dancing through a dystopia in the new ‘Higher Power’ music video directed by Dave Meyers that finds Chris Martin swinging with aliens on the fictional planet Kaotica. The hashtag for the filter is #higherpoweralien.

The filter upon launching, was shared by Coldplay in their story and on their feed, and was worn by popular Instagram influencers like Jeferson Araujo (Jepharaujo) with over 1M followers and some of the artists behind the music video like makeup artist Ryan Burke @Ryburk.

“I’m grateful to have worked on this filter with Coldplay! I’ve loved their music for a long time and it was really fun to get the chance to recreate such a fun character from their music video,” Paige says. “The character was really challenging to replicate but we’re all very really happy with how it came out!”

In just one year Paige has created the filters preferred by celebrities such as Billie Eilish, Kendall Jenner, Dua Lipa as well as Grimes and Elon Musk who used one to introduce baby AI to the world.

Paige Piskin’s talent inhabits the realm somewhere between the digital beauty world and the most outrageous fantasies of surrealism.

She has over 70 filters, many of them featuring butterflies, and 1 million followers. Her filters enhance and transmogrify the faces of millions of users across multiple viral Instagram and TikTok memes.

“Paige is one of the top AR artists in the world and we’re excited to have set up her latest collaboration with Warner Music and Coldplay. The results have been incredible so far and we’re looking forward to a bright future together’, declared Keith McElwain, President , FAM Networks.