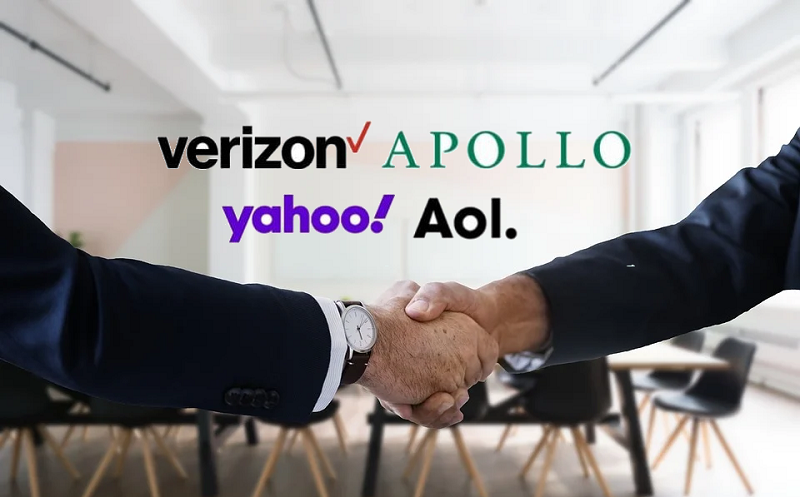 Verizon is in talks to sell its media group which includes AOL and Yahoo! as the internet pioneers once again find themselves with a new owner under private equity firm Apollo.

Verizon announced that it is spinning off the properties, which it acquired in separate transactions in 2015 and 2017, to the private equity firm Apollo in a deal valued at $5bn.

In buying AOL and Yahoo, Verizon was hoping to partake in some of the big advertising dollars that large tech companies such as Facebook and Google were raking in.

However, that bet didn’t quite pay off as it had hoped, and Verizon ended up writing down sizable losses. At the same time, its rivals’ grip on internet advertising has strengthened further

The acquisitions happened during a time when many telecom companies were trying to branch out. Comcast merged with, then bought, NBCUniversal. AT&T bought Time Warner for $85.4 billion.

Verizon has been spinning off other sites it acquired. Last year, it sold HuffPost to BuzzFeed.

Verizon sold off its Verizon Media group properties to Apollo Global Management, parent company of the Venetian Resort and Casino in Las Vegas.

The transaction was reportedly worth $5 billion, a stark contrast to the combined near-$9 billion that Verizon spent to acquire AOL in 2015 ($4.4 billion) and then Yahoo in 2017 ($4.5 billion). Following the deal of AOL and Yahoo’s sale, Verizon remains with 10% stake in the media group.

Yahoo acquired Tumblr in 2013, which eventually led to Verizon acquiring the blogging platform along with Yahoo. In 2019, Verizon would sell Tumblr for an unknown amount that’s believed to be less than $3 million, much less than the $1.1 billion that Yahoo paid for Tumblr.

Apollo sees value in Yahoo’s name and audience, which is sizable and skews young. It has also grown by double digits in the last two quarters.

Looking to the future, Guru Gowrappan will be directing the new Yahoo. Reed Raymond, Apollo partner says “…we look forward to working with Guru, his talented team, and our partners at Verizon to accelerate Yahoo’s growth in its next chapter”.