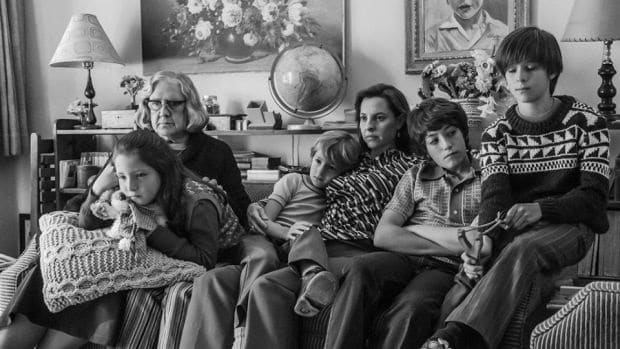 As Roma, the first Netflix film nominated for Best Picture at the Oscars, helps establish VOD original content, an impressive 46% of consumers are now choosing Netflix to watch a film for the very first time, according to new research.

Ahead of this year’s Academy Awards, a new study by GlobalWebIndex highlights how radically audiences have evolved in recent years, with 46% of UK consumers citing Netflix – a new entrant in the Oscars – is now their second  choice when looking to watch a film for the first time. Cinema is only marginally ahead, which speaks volumes about the impact that Netflix has on movie watchers.

According to the study of 2,417 consumers in the UK and U.S., less than half (48%) of UK consumers still head to the cinema to watch a new film, putting the box office in a precarious place. The role Netflix now plays in determining what audiences watch can be seen from the viewership of 2018’s award winning films.

Despite the critical acclaim of films such as Three Billboards Outside Ebbing, Missouri, it was Coco, winner of Best Animated Feature, that enjoys the greatest international viewership at 38%. The film enjoyed airtime with Netflix subscribers in several regions through 2018, helping it reach 10% more viewers than The Shape of Water, which won Best Picture of the Year.

Chase Buckle, Trends Manager at GlobalWebIndex comments – “On-demand streaming services are taking up an increasing share of consumer’s entertainment portfolios. Cinema no longer dominates as the destination for first-time film viewing – it now has to contend with a growing list of acclaimed movies created by the likes of Netflix. The coming years will no doubt see the introduction of more non-traditional production of films take to the spotlight as compelling content increasingly takes centre stage in video. The hype and virality surrounding Netflix productions have proved to be real assets which have resonated well among younger audiences. Our data shows that among those aged 16-34, 56% in the UK and U.S. say they share memes on social media, helping to explain how the spread of memes surrounding Netflix’s Bird Box played an important role in raising awareness of the movie. Traditional production companies will need to crack this innovative form of film industry marketing to stay competitive.”

Have the Oscars become obsolete?

When asked whether the films that won Oscar awards in 2018 accurately represented the best films of the year, just 37% of respondents agreed. Notably almost a half of UK respondents (49%) state that awards such as the Oscars and the Golden Globes have no influence on their choice of films to watch.

Delving into this year’s film nominees, 31% of UK respondents say they have yet to see any of the films nominated for the 2019 Academy Awards. The Favourite and Netflix’s own Roma, which enjoyed huge success at this year’s BAFTAs, has only been seen by 8% and 7% of consumers respectively.

By comparison, acclaimed Freddie Mercury biopic, ‘Bohemian Rhapsody’ has been seen by 31% of consumers, playing heavily into predictions of which films ought to see success at the 2019 Academy Awards later this month – in the UK, the film is favourite for ‘Best Picture’ with the support of 30% of respondents. The Favourite and Roma trail with just 5% and 2% of support.

Consumer perceptions on which film should win the ‘Best Picture’ award at the Oscars 2019:

Chase Buckle continues “For blockbuster films to truly resonate and capture audiences, the industry will have to up its game in not only getting consumers through the doors in cinemas, but also to compete with content being produced by the likes of Netflix. Roma is an interesting sidestep to establish Netflix Originals as award-worthy productions. However, it’s not the one that captivated audiences worldwide. Where Netflix achieves real scale in engaging viewers is through pushing new frontiers with interactive offerings such as Bandersnatch and exciting movie concepts such as Bird Box, which drew in an audience of 80M households in the first four weeks after release.”

While the diversity controversy is looming over the Oscars yet again, the #OscarsSoWhite appears to have made an impact on the industry, and driving change. 50% in the UK feel that the 2019 awards reflect greater diversity in films compared to previous years. With racial representation considered amongst consumers as the type of representation that has improved the most, 27%.

Nevertheless, among UK consumers, diversity is far from a resolved matter. With 54% stating diversity still needs improving. Amongst which, the main forms of representation needing improvement include; racial (19%), LGBTQ (17%), other (4%), and gender (14%) – despite the 2019 Oscars having the largest class of women nominees.

Amongst UK consumers, 470 are noted as ‘Oscars fans’.