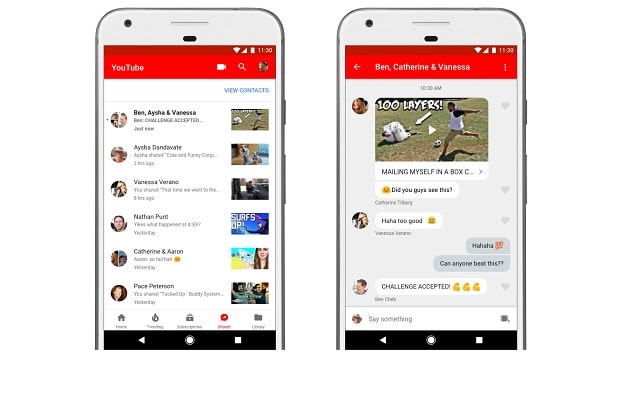 Google has been testing this feature in Canada for over a year now, and is now rolling it out to all of its users around the world.

“Like chats around the water cooler, shouldn’t sharing a video be as easy as saying, ‘Have you heard this new song,’” wrote YouTube product manager Benoît de Boursetty in a blog post.

The new feature lets users share a video with friends and even chat about it in a private thread.

Users can share a video with a contact or with several contacts in a group. They can also chat about it without having to leave the YouTube app.

It’s also possible to respond to a shared video with another video. Users can do that by tapping on the reel icon and searching for the relevant video.

This messaging feature has been built into the YouTube share button. It lets users select contacts from their phone’s contact lists. They can also get a direct link to share and add new friends to the thread.

YouTube’s new sharing feature may not be a full-on-assault on Snapchat and Instagram.

However, it’s clearly meant as a defensive move to make sure that conversations don’t exclusively happen on other platforms, which increasingly have video content of their own.

View a video showing how the service works below