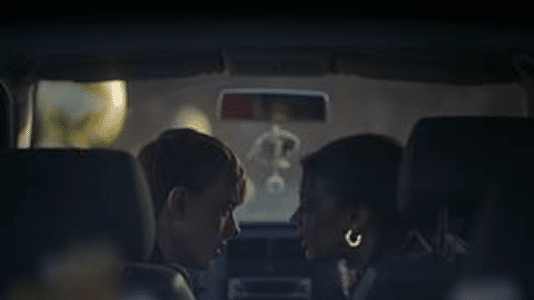 Gumtree has revealed the next phase of its brand platform The Neighbourhood’s Good in partnership with Fold7, entitled “A car right up your street”.

The creative builds on the benefits of shopping locally by focusing on the similarities between people in their local areas.

Supporting Gumtree’s mission to become the leading motors marketplace, and directed by Charlotte Regan a rising star in the UK film world, the 30-second advert is set to a spoken word poem and features her signature character-driven visual style.

Entitled ‘A car right up your street’, the creative builds on the benefits of shopping locally by focusing on the similarities between people in their local areas. Gumtree has more private motors listings than any other site, so you can find your next second-hand car right around the corner; the creative looks to dramatise that experience.

The 30” ad is directed by Charlotte Regan and plays to her signature, character-driven visual style. Set to a spoken word poem, it features a cheeky young boy surveying the everyday interactions taking place across his neighbourhood – from teenagers sat hanging out on the bonnet of a Corsa, a father struggling to whisk his girls off to judo practice, to a mum enjoying a moment of peace whilst cleaning her car.

The ad culminates in the everyday interaction between a buyer and seller.

The ad will run across TV from 13th March, debuting during the commercial break of Tipping Point Best Ever Finals and running in slots including ITV’s Ant and Dec’s Saturday Night Takeaway and Coronation Street and Channel 4’s The Windsors and Kirstie and Phil’s Love it or List It. It will be also brought to life through a series of 6” bumpers, running on YouTube, that promote the different benefits of buying and selling on Gumtree. Media has been planned and bought by MediaCom.

Lynsey Love, Senior Brand Manager, Gumtree UK said: “Gumtree has been at the heart of Britain’s circular economy and its communities for the last 20 years, offering a chance to make and save money on everything from couches to cars in a way that benefits both the wider environment and local economies. It was important that this campaign reflected all of that in a really relatable way and we love how naturally this story shows there’s no better way to buy and sell than with those just a stone’s throw away.”

Ryan Newey, CCO, Fold7, said: “The character-driven narrative of this latest instalment of The Neighbourhood’s Good feels very distinct from the loud, transactional tone of most car marketplace advertising. Using a child’s perspective to observe moments in his neighbourhood and bringing them to life with Charlotte’s signature directing style, the creative develops the campaign’s authentic representation of communities in the UK and Gumtree’s place within everyday local lives.”

Charlotte Regan, Director, Knucklehead, said: “I’ve spent a lot of time going into communities across the UK for a documentary I made recently, looking at those tiny but important interactions that define everyday life, so welcomed the opportunity to capture the charm of the neighbourhoods and the opportunities that lie within them. This film is about trying to capture that magic.”