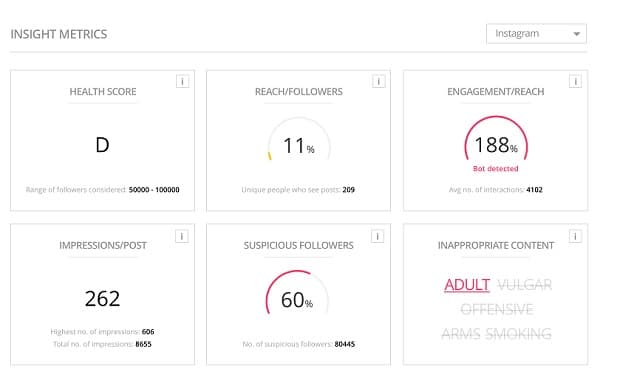 In a bid to eradicate fraud from influencer marketing, Buzzoole has developed proprietary technology that can identify fake accounts, fake followers and fake engagements or interactions.

Based on opted-in first-party data collected from Instagram Business Accounts supplied by actual influencers and creators on Buzzoole’s platform, the technology will deliver to brands influencers who can guarantee real audiences, real engagements and real robust results.

According to an eConsultancy survey, 42% of those interviewed want tools that can ensure that influencers’ followers are genuine and not purchased. Data from Buzzoole also shows that 15 to 20% of Instagram accounts use fraudulent techniques, which is having a crippling effect on the industry and the amount clients are willing to invest.

When influencers sign up to the Buzzoole platform they provide access to their social media accounts, blogs, and data such as Google analytics, Instagram and Facebook insights. Using machine learning algorithms, Buzzoole technology processes this data and allows brands to see a much more complete picture of the influencers being used and the results of their campaigns, making it much harder for them to use fraudulent techniques and giving clients more confidence to invest.

The technology looks at a host of in-depth methodologies to deliver this robust offer.

Ian Samuel, CCO at Buzzoole: “Since its inception, Buzzoole has been at the forefront of the battle against influencer fraud. The key in winning this battle is first party, opted in data from platforms like Instagram. If you are using algorithms based on poor or erroneous data then you are going to get the wrong recommendations and the wrong outcomes.

“Plugging into this data means we can perfectly match influencers to briefs, deliver rich analytics on campaign performance and deliver clear guarantees on brands only engaging with the highest quality influencers.”

*Further information on methodologies are available in Notes to Editors or in the Buzzoole White Paper The Battle for Authenticity: Fighting Influencer Marketing Fraud