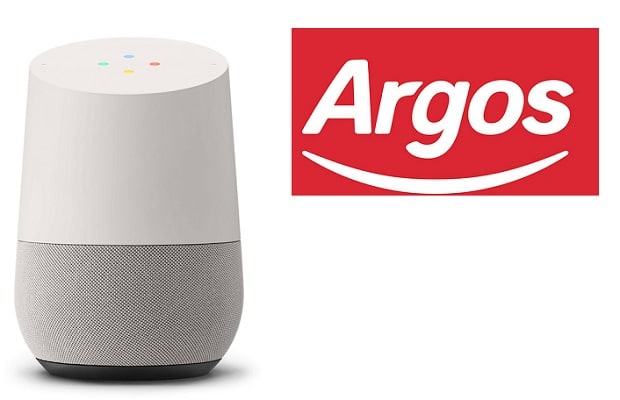 The move sees Argos become the first retailer in the UK to offer a shopping service via the Google Assistant platform. Argos faces increased competition from online giant Amazon, which produces its own voice-controlled Echo speakers.

However, even though Amazon has sold millions of Echo speakers, analysts say few people use them to buy products.

After enabling the Argos service, people will be able to ask the Google Home smart speaker to check product availability and reserve items.

The service will also work via Google Assistant on smartphones.

Shoppers will still need to browse the catalogue or retailer’s website to find the product they want.

Argos is owned by supermarket giant Sainsbury’s, which itself faces competition from Amazon as it expands its grocery delivery service.

Naji El-Arifi, Global Head of Innovation at Salmon commented on why brands and retailers are quickly jumping on the voice commerce bandwagon, why it’s so important to launch this technology early and how consumers really feel about voice shopping.

“Voice shopping is quickly becoming the buzz phrase in eCommerce at the moment, and Argos’ decision to sell through Google Home is evidence of a growing pattern of brands and retailers cottoning on to consumer desire to spend money through different mediums,” El-Arifi said. “Our own recent research showed 55% of shoppers said they like purchasing through voice-activated devices and is almost certainly why Virgin Trains made the leap to voice shopping earlier this year by selling tickets on Alexa. For Argos, this represents another channel through which they hope to stave off strong competition from Amazon as its Amazon Echo device moves into more homes.

“This won’t mean instant success; 78% of consumers still have concerns over voice shopping such as devices listening in to conversations and 83% ordering items without their permission. However, it does represent a sea-change in how eCommerce companies should be approaching innovation and communication, and these numbers will surely subside as shopping via Google Home and Amazon Echo becomes easier and smarter. As voice and gesture devices become more mainstream, and even brain-computer interfacing edges ever closer to reality, retailers and brands need to act early to make a play in the market; voice experiences takes time to develop, require plenty of AI training and trial-and-error before they can be fully functioning. They should also look to own every interface and touchpoint with the customer. After all, if you own the interface, you own the customer.”