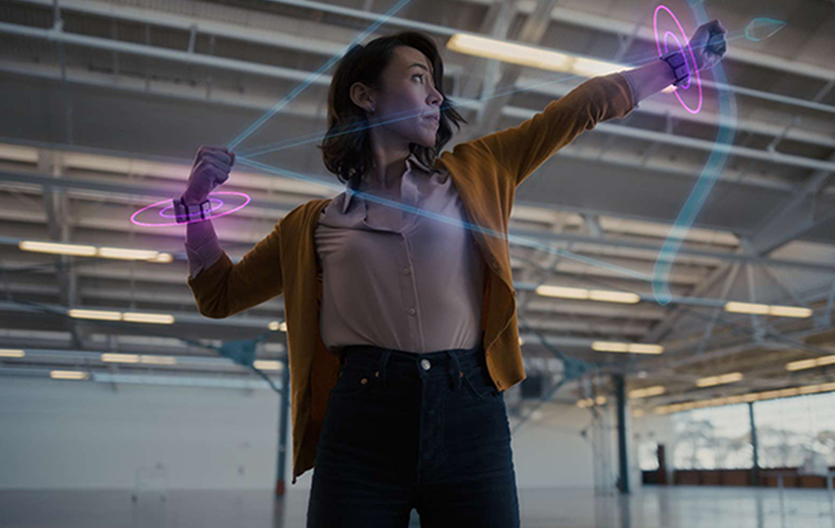 Facebook has revealed its plans for a wristband that will control its forthcoming augmented-reality glasses.

The band, which can interpret complex hand movements via sensors that pick up electrical motor nerve signals in the wrist, will allow wearers to interact with the virtual world projected through their glasses with subtle finger movements, or “intelligent clicks”, it said.

The wristband interprets the user’s hand movements via a cluster of sensors that detect motor-nerve signals.

Users will navigate by touching their index finger and thumb together to perform a “click” on the device.

Facebook says its system will be able to adapt to the individual behaviours of its users by using machine learning to predict their likes, dislikes and other interests, in real time.

“The system learns something about your location and key objects, like your running shoes or activity recognition,” Facebook’s Reality Labs research science manager Tanya Jonker said. “And it learns that, in the past, you have often launched your music app when you leave your house with those shoes on. Then, it asks you if you would like to play your music – and allows you to confirm it with just a click.”

The augmented reality interface is based on technology from CTRL-Labs, the startup it acquired in 2019.

In a video, it shows off wristbands that use electromyography (EMG) to translate subtle neural signals into actions — like typing, swiping, or playing games like an archery simulator. The bands also offer haptic feedback, creating a system that’s more responsive than basic hand tracking options.

Facebook has been working on its plans for its VR platform for years.

The company first showed its interest in the technology as early as 2014, when it bought VR start-up Oculus.

CEO Mark Zuckerburg says VR will be commonplace by 2030. Facebook’s rivals, including Apple and Google, are believed to be working on similar augmented-reality products.