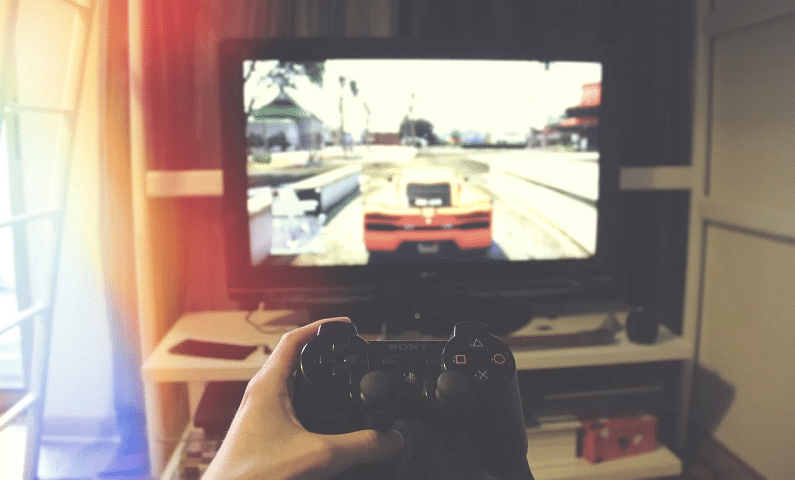 The number of children who spend their cash on computer gaming has risen for three years in a row, and while sweets may still be the number one choice for their spending, gaming looks set to takeover, according to new research.

The latest Halifax Pocket Money Survey results show that the most popular way for youngsters to spend their pocket money is on sweet treats (42%), but overall, more kids target their pennies at gaming (40%), apps (13%), and downloads (14%). This digital shift reflects the growth in gaming, through ever-popular consoles like Xbox and PlayStation, alongside newer services such as streaming platforms Google Stadia and Twitch, which mean the value of the UK gaming market is set to rise from £5.4bn in 2020 to £7bn in 2024.

Over the last three years, around four out of ten children have consistently named sweets as a pocket money purchase, but gaming has risen sharply. In 2019 about one in three (31%) paid out on gaming. That figure is now 40%, barely a blue hedgehog’s tail from being the number one spending choice amongst kids. If this trend continues, gaming could become the most popular pocket money purchase next year.

The figures reveal that boys are more than twice as likely to spend on gaming than girls (23%), with FIFA21 the UK’s top selling game last year alongside online games Fortnite, Minecraft and Roblox which remain popular with younger gamers.
The survey shows that boys also favour other technology-based spending: twice as many go for apps purchases (17%) and digital downloads (19%) when compared to girls (9% and 8%). Almost a quarter of girls (23%) opt to spend their pocket money towards gaming, compared to just 18% twelve months ago. This rise looks largely down to a leap in the popularity of gaming amongst younger girls (those aged 8-11), where spending on computer games rose from 19% to 26%.
The money typically spent on computer games, apps, and in-game currencies, like ‘V-bucks’ in Fortnite, or ‘Robux’ in Roblox, that support gameplay by buying extra lives and ‘skins’.

Amongst British children, three quarters (77%) save at least some of their weekly pocket money. Over the last five years however, the top two things they are saving for has remained the same: computer games and clothes. Differences do occur in savings goals between boys and girls. Girls on the other hand, tend to be more focused on putting money aside for fashion, gifts for family and friends and more traditional toys.

Emma Abrahams, Head of Savings, Halifax, said: “It’s a case of Grand Theft Bought-O as our survey shows gaming, apps and downloads have come out on top as the most popular way for kids to spend their pocket money earnings and, at the same time, 77% of kids are saving at least some of their pocket money. Good money management is all about balance: a mix of thoughtful spending, alongside saving, is the best way to help children understand the value of money and basic budgeting.

“It takes commitment and patience to achieve a savings goal, especially for children, who can be easily distracted. Parents might have different ideas about what their kids should be saving up for, but this sort of discipline is a great sign of children developing their understanding of money management.”

“Stanley is my youngest and he gets £1 each week but I’ll bump that up a bit if he helps out around the house. Annabelle – my oldest – is 12, and her pocket money varies depending on what she wants to do. I’ll give her a fiver if she’s going into town with her friends. She’s already a bit of saver – she goes camping with her best friend’s family, so likes to keep some of her cash to spend when they’re away.

I’m pretty strict with pocket money – my kids get what they get so they need to think about what they’re going to use it for – my money isn’t up for grabs!

“Generally, though, my kids use their pocket money for food and gaming! Annabelle will spend her ‘going into town’ money on hot chocolate and snacks and, although Stanley will buy a few sweets, his main outlay is gaming currency. He buys Robux or Fornite V-Bucks, to unlock game features or to get new ‘skins’ for his characters, within the games Roblox and Fortnite. He’s pretty savvy – he’ll wait until there’s a deal on – to get as many features as possible for his money. Even though he’s young gaming has made him aware of how players are encouraged to make impulse purchases, by putting time limits on availability of certain things. So, he’ll put aside a bit of birthday money and wait until it’s really worth it. Kids get savvy pretty quickly on which in-game purchases are worth it and which aren’t!

“I also put a bit of money aside for them each month – I haven’t decided yet what the money will be used for – but my hope is that when they see the lump sum in the future – it will teach them an important lesson about long-term saving. I’m pretty strict on their pocket money – they get what they get so they need to think about what they’re going to use it for – my money isn’t up for grabs!”