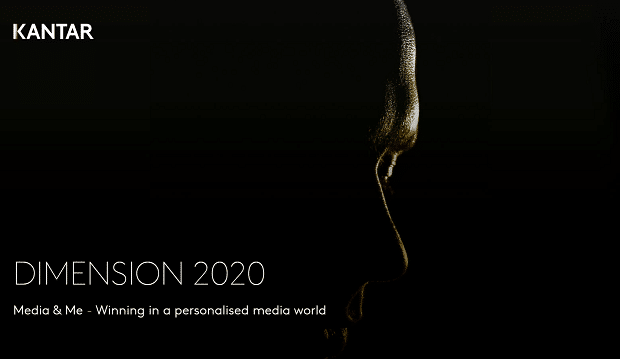 UK consumers are trust traditional forms of media over social media, and the advertising and media industries need to work together to rebuild trust now more than ever, according to a new report.

The report, from Kantar, indicates that UK consumers are amongst the most cynical globally, and show a concerning lack of trust in social media.

According to Kantar’s DIMENSION study, which is now in its fourth year, concern over privacy has led to widespread mistrust in advertising, with 58% of UK-based connected consumers in the UK stating they are concerned that more tailored content might compromise their privacy and only 43% saying they prefer to see ads that are relevant to their interests and needs.

The study, which used findings from 8,000 connected consumers in eight markets with a combined total ad spend of $400bn, also revealed low perceived authenticity around advertising on social channels, with 35% of UK consumers feeling strongly that branded content posts on social media should be labelled in some way.

Commenting on the report, Mark Inskip, CEO Kantar UK & Ireland, Media Division, said: “Now, more than ever is the time for the advertising and media industries to work together to rebuild consumer trust. Steps can be taken to reinstate that trust by enforcing responsible use of consumer data across the board, but everyone in the industry must come together to agree on a clear and unified approach. In the current context, COVID-19 has driven larger audiences than ever to traditional broadcast media, so not only is trust in this platform high, its reach has also increased. However, it is imperative that advertisers clearly disclose their content and display sensitivity in engaging audiences on any platform at such a difficult time.”

Data from Kantar’s DIMENSION report goes on to show that 70% of UK consumers ‘don’t trust’ a lot of what they see on social media platforms. While print media is trusted highly, 39% of UK consumers don’t believe it’s acceptable to target them with news stories paid for by an advertiser.

Inskip continued: “While the findings published today are concerning, they have highlighted the need for us to rebuild trust in communications. Still the smartest approach for brands remains an omnichannel one. The advertising and media industries rely on one another to survive, so during trying times it’s imperative to ensure consumers receive accurate and relevant content, in an appropriate context across all platforms. If authenticity, transparency and consistency are properly maintained, consumer trust can be rebuilt.”

To learn more about the DIMENSION study and read the reports in full, please visit kantar.com/DIMENSION
–