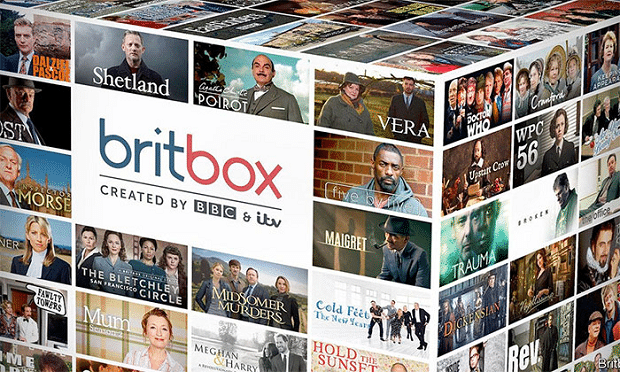 ITV and the BBC have officially announced Britbox, their joint-venture streaming platform that’s designed to help the brands compete with the likes of Netflix and Amazon Prime.

The service will cost £5.99 a month in HD and stream across multiple screens and devices.

The platform will show existing BBC and ITV content alongside a broad range of original series made exclusively for the service.

The BBC’s director general Tony Hall added that he was “really excited” about the new shows BritBox will commission.

“With a remit to be daring and different, many future classics will be commissioned and live on BritBox for the future. These are exciting times for people who love quality TV. Importantly, these shows will be truly British, showcasing our culture and telling distinctive stories. It’s what makes real British TV so special.”

Carolyn McCall, ITV’s chief executive, say: “The agreement to launch BritBox is a milestone moment. Subscription video on demand is increasingly popular with consumers who love being able to watch what they want when they want to watch it. They are also happy to pay for this ease of access to quality content and so BritBox is tapping into this, and a new revenue stream for UK public service broadcasters.”

BritBox, which bears the brands of both the BBC and ITV, is already available in the US and Canada and in January it confirmed it had passed half a million subscribers.

“We now look forward to working together to launch the largest collection of British boxsets ever – bringing the very best in past, present and future British programming and award-winning content to viewers all in one place,” added Ms McCall.

ITV owns 90% of BritBox, but the BBC has an option to raise its stake to 25% in the future.

More than 12 million UK households have at least one streaming service and figures from the Broadcasters’ Audience Research Board show the number of homes with one is growing by 20% annually.

Netflix, which recently announced it had reached 137 million subscribers worldwide, is available in the UK on the Sky platform.

Luke Bozeat, Chief Operating Officer at MediaCom UK comments on why Britbox’s combination of traditional TV, such as EastEnders, and new original content may be the key for competing with Netflix, particularly following it’s first ever decline in subscriber numbers.

“The BBC and ITV’s new streaming venture is a positive and necessary move in a bid to catch-up with Netflix and upcoming services such as Disney+,” Bozeat said. “In the same week that Netflix posted a fall in subscribers, Britbox will hope to offer audiences a balance between traditional TV like Eastenders and an unsurprising commitment to produce new, original content. It has a unique opportunity to tap into a mix of older and younger generations of viewers; differentiating its offering from long-standing competitors (and new entrants) will help it to stand out in what is already a crowded market – and soon to be even more so.

“For this new partnership to replicate the longevity of Sky’s Now TV, Prime Video and Netflix, it will need to provide access to compelling content like Chernobyl and Stranger Things that audiences are both willing to pay for and not willing to miss; the latter broke a streaming record with more than 40 million households watching the show. And as the big streamers continue to hire content and marketing powerhouses (most recently marketing chief Jackie Lee-Joe from the BBC), retaining talent for the British broadcasters will be crucial to increasing their share in the streaming sphere. Britbox could well be the big break BBC and ITV need to flourish – provided they have the right mix of content, originality and people.”