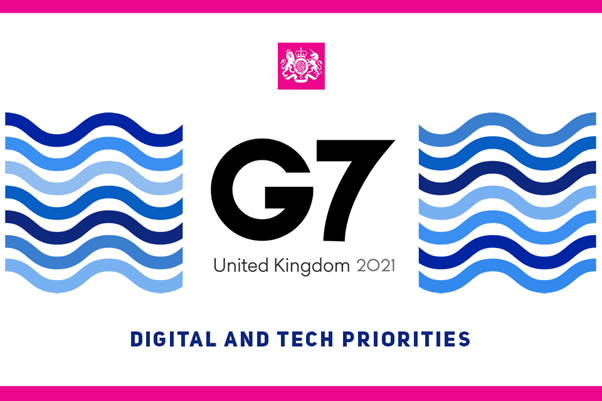 The US, UK and other large, rich nations reached a landmark deal on Saturday to get more tax money from multinational companies such as Amazon and Google and reduce their incentive to shift profits to low-tax offshore havens.

Hundreds of billions of dollars could flow into governments left cash-strapped by the coronavirus disease (Covid-19) pandemic after the G7 advanced economies agreed to back a minimum global corporate tax rate of at least 15%.

The decision was taken at the meeting of G7 finance ministers in London, which includes the US, Germany, Japan, UK, France, Italy and Canada.

The agreement will see a global minimum corporate tax of at least 15% – lower than a floor of 21% mooted by President Biden – and changes to which countries will benefit.

The changes would ensure major corporations, especially those with a strong online presence, will pay taxes in the countries where they operate and not only where they have headquarters.

The global minimum tax would also help the global economy thrive, by levelling the playing field for businesses and encouraging countries to compete on positive bases, such as educating and training our work forces and investing in research and development and infrastructure,” Janet Yellen, US Secretary of the Treasury, tweeted.
Rich nations have struggled for years to agree a way to raise more revenue from large multinationals such as Google, Amazon and Facebook, which often book profits in jurisdictions where they pay little or no tax.

After the announcement Nick Clegg, vice president of global affairs at Facebook said: “We want the international tax reform process to succeed and recognize this could mean Facebook paying more tax, and in different places.”

A Google spokesperson said the company strongly supports the initiative and hoped for a “balanced and durable” agreement.

Companies with a profit margin over 10% would have a portion of tax taken above that level, which is then reallocated on the basis of sales to different countries around the world.

The agreement is now set to be looked over in more detail at the G20 financial ministers and Central Bank governors meeting in July.

The deal is likely to cause tensions with Ireland, as it has so far been unwilling to raise its corporation tax rate above 12.5%.

“I look forward now to engaging in the discussions at @OECD. There are 139 countries at the table, and any agreement will have to meet the needs of small and large countries, developed and developing.”