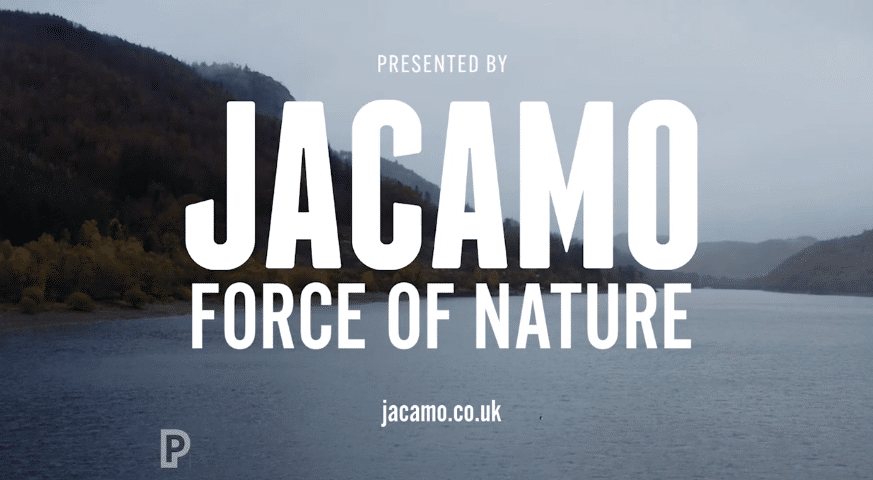 Sky Media has renewed its partnership with Jacamo, which celebrates ‘big’ in all its glory to showcase the fashion brand’s 2020 Autumn/Winter range.

Jacamo’s campaign, reaching men between the ages of 25-44, aims to shift consumer brand perceptions from ‘fat to big’. The creative establishes this message by embracing and showcasing the natural beauty and powerful parallels between big mountains, big trees, big open spaces and most importantly, big men.

The big moment of the partnership culminates in a cinematic 10min40 branded content piece, as well as a 2min40 cutdown, documenting the Jacamo challenge and shows that big isn’t a matter of size; it’s the true measure of a man who embodies values of strength, hard work and determination. The ‘Force of Nature’ challenge content will be teased at the end of a 40 second interactive red button Jacamo advert on linear TV across the Sky portfolio.

This is a shortened version of the branded content piece to build interest around the longer creative, that will be hosted on Jacamo’s social channels and Sky Sports VOD platform.

As part of the wider partnership, Jacamo’s 30-second advert is proceeded by a 10-second ‘Sky Presents’ ident on Sky Sports and Sky One. The TVC is a high-impact and highly stylized advert showing the beauty of big and building contextual relevancy for Jacamo with the channels’ biggest shows, including Premier League football, 2020 Scottish Championship golf and The Russell Howard Hour.

Leveraging Sky Media’s access to talent, the Jacamo challenge has enlisted well known outdoor experts including former SAS Elite forces Ollie Ollerton and Jay Morton, and physically imposing former athletes, Paul Olima and James Haskell, to take each other on in a competitive race, set in the big outdoors. Against a backdrop of stunning landscapes in the Lake District, a well-known and iconic part of the UK, the talent is put to task. Split into pairs and armed with a Jacamo pack (clothes, tech and outdoor equipment to help them along the way), the men are dropped at a starting point and challenged to reach the final meeting point, a remote pub called the Jacamo Arms, within an allotted time. On the way, against the great outdoors and against the clock, the big pairs face a series of big obstacles in a competition to finish the journey quickest and earn the ultimate bragging rights. The long-form content captures the huge physical challenges, authentic moments and men’s reactions along the journey, culminating in a chat over a pint down at the Jacamo Arms.

Kenyatte Nelson, Chief Brand Officer at Jacamo, said: “Capturing the zeitgeist, we are excited to step out into the beauty of the great outdoors, which has been so greatly appreciated in 2020. During this time of lockdown, we’ve found escapism in our televisions and rediscovered the powerful benefits of nature for our mental health and wellbeing.”

Sarah Jones, Director of Planning at Sky Media, added: “Our 2019 partnership with Jacamo for their “Own Your Moment” campaign was an incredible success story – increasing the brand’s likeability by 28pp and consideration by 27pp. We are delighted to have the opportunity to build on the campaign’s success, with this piece of branded content.

Eleanor Mitchell, Client Director, Carat Manchester, said: “In the UK, we have access to some of the most stunning scenery in the world, from epic mountains to awe inspiring forests. We are really excited to see our clients’ branded content play out in a raw, real settings championing real men who exemplify the brand’s values.”

Once again, this year’s campaign’s planning and buying was handled by The StoryLab North while production was undertaken by Diagonal View.