Twitter said it saw “moderate recovery” to its ad business compared with March, but ad revenue was still down 23% year over year, missing analyst expectations as the pandemic and lockdown hits the ad industry hard. 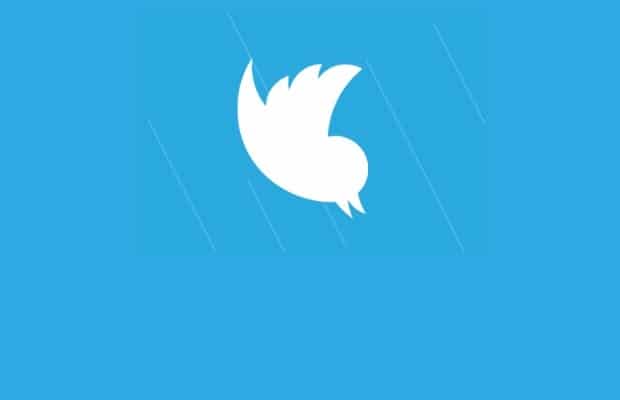 Twitter grew daily active users by 34% year over year in the quarter, the highest rate since it began reporting the metric.

It attributed the growth in large part to shelter-in-place orders around the world and more global discussion about the pandemic and other major events.

Twitter has been experimenting with virtual events to spark conversation as large sporting events have been cancelled.

In Thursday’s letter to shareholders, Twitter said, “We saw a gradual, moderate recovery relative to March levels throughout most of Q2, with the exception of late May to mid-June, when many brands slowed or paused spend in reaction to US civil unrest.”

The company said it has now finished its ad server building, which should allow Twitter to better target and monetise ads.

The report comes one week after Twitter suffered a serious hack compromising the accounts of major politicians and CEOs.

This quarter, executives will likely face questions from analysts on Twitter’s earnings call about the security of the platform following a major hack last week.

Twitter has since said the hackers manipulated employees to gain access to internal systems that allowed them to reset passwords and log into 45 of 130 targeted accounts. For eight accounts of nonverified users, (likely meaning accounts for less prominent figures) the attackers downloaded the accounts’ information.

On Wednesday, Twitter said it believes the attackers accessed the direct message inboxes of up to 36 of the targeted accounts.

In its letter to shareholders, Twitter noted that it has “stepped up” its annotation of tweets that it believed violated its policies against misleading information. Internal models showed those actions prevented 68 million unannotated impressions from occurring. It’s also rolled out specific improvements to detect Covid-19 related
misinformation.

Amie Lever, Head of Paid Social at MediaCom UK said: “It is no surprise that Twitter’s revenue has taken a hit in Q2. As a platform that thrives on event-driven conversation and buzz, brand reputation challenges combined with the unprecedented cancellations and postponement of many events will have had an impact. Yet Twitter’s efforts during lockdown should not be discredited. It helped increase the collective visibility of verified health resources for users and placed an emphasis on healthy public conversation during a period where Covid-19 misinformation was heightened.

“What’s more, with brand reputation a priority for all advertisers, and the public pushing platforms and brands to do better, Twitter’s position on banning political ads last November has had newfound impact; especially as other platforms face growing scrutiny from advertisers.

“Looking ahead, Twitter will likely place a greater emphasis on performance solutions in Q3 and beyond. As consumers purchasing habits shift and people become more comfortable than ever at completing purchases of all sizes online, Twitter will need to claw back on missed revenue opportunities in this area. Snapchat, Facebook and Instagram all offer users complete end-to-end shopping experiences within apps, and Twitter needs to have its own answer to this.

“As life slowly returns to a new normal, I expect this drop in revenue will be an isolated occurrence. The return of many events such as sports in Q3 coupled with advertiser spend bouncing back when Government restrictions ease further, should see Twitter make up some of its lost ground.”

Aaron Goldman, Chief Marketing Officer at 4C which recently announced it will be acquired by Mediaocean, said: “Twitter’s second quarter results underscore the power of the platform in keeping people informed and connected around the world. With monetizable daily active users up 34% year-on year, it’s clear Twitter holds an increasingly prominent place in the lives of consumers. Revenue was down 23% due to the impact of the pandemic on advertising budgets and general hesitancy of brands to run promotions during a period of heightened attention on racial injustice. Looking ahead, with the return of sports and other live events, we expect Twitter to play an elevated role in the media mix. For brands, the key to success is creating multi-screen synchronicity as part of an omnichannel advertising strategy.”