Uber and TFL have taken media by storm this week, but how have they faired up on social media?

4C Insights took a delve into the insights looking at engagement and sentiment for both of them, across social media platforms (Facebook, Twitter etc).

Since the announcement on Monday 21st September, sentiment had dropped 13% for TFL from its level before. By contrast Uber has remained level despite the scandalous working practices being highlighted. 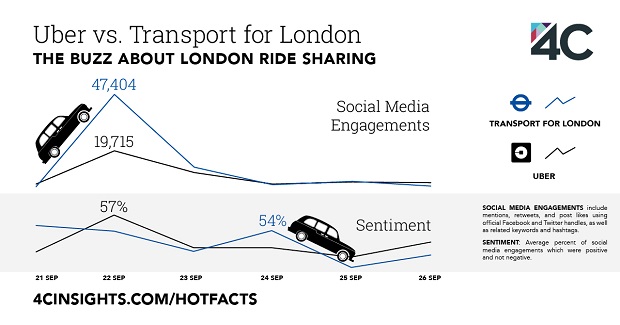 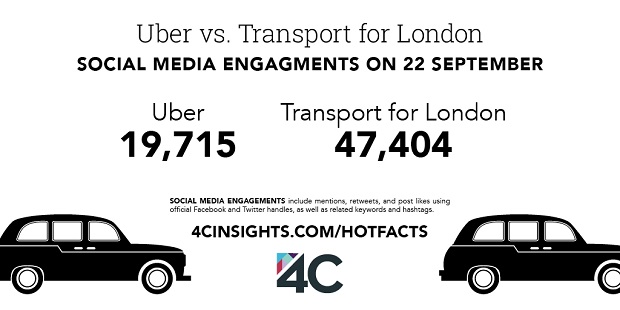 The biggest shift in sentiment for TFL was from before (21st) the announcement to the day Uber apologised (25th). The other noticeable sentiment shift is with Uber the day before and after the announcement, sentiment increased 12% for Uber.

What is clear along with all over 730,000 signatures on the petition for Uber to have it’s licence in London renewed, across social medial the general attitude towards Uber has risen and TFL has taken hit.