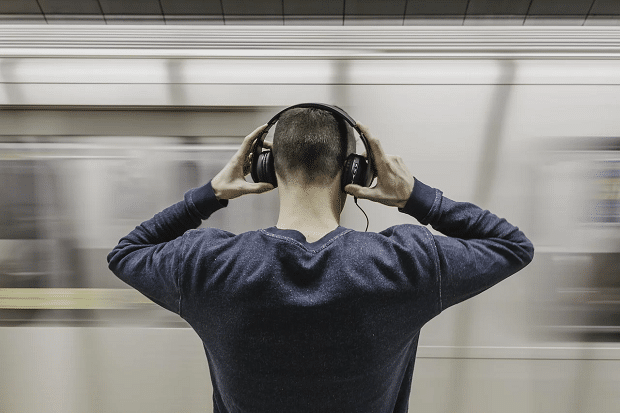 The popularity of audiobook usage is rising which is helping people to connect with more books.

The research, from Harris Interactive found that last year, 15% of readers listened to an audiobook and ‘Generation Headphone’ is only set to get bigger, with further growth of 25% predicted in 2020.

From the research results, it’s clear that the UK is a nation of book lovers with each person consuming on average 12 books a year. While Brits continue to read predominantly physical copies (77% of the population read a book in 2019), the audiobook format is becoming increasingly popular, with 15% of readers listening to one in the last year.

The average audiobook users are affluent men, aged between 18 and 34 years old, who listen to at least four audiobooks every 12 months. Their main reasons for doing so include entertainment and brain stimulation. Overall, men, far more than women, listen to audiobooks while working, commuting and running outdoors.

Lee Langford, Senior Research Director, technology, media, telecoms & entertainment, at Harris Interactive, said: “The publishing world is enthusiastic about the positive trend of audiobooks in recent years and, with further growth of 25% predicted for 2020, there are key learnings from our research that will help maximise the potential.

First, short-term growth is likely to be among the millennial audience. The sci-fi & fantasy, biography and comedy genres have seen the greatest uptake so far and this trend is likely to continue.

Our research also highlights the potential of children’s literature with busy parents increasingly willing to consider audiobooks as the perfect solution when they are travelling or do not have time to read bedtime stories.”

As developments in digital technology continue, accessibility for audiobooks has rapidly risen, especially in an increasingly time-poor culture. Over half of audiobook listeners, 57 percent, say that they have no time to sit and read physical books. This is, perhaps unsurprisingly, most prevalent in younger generations or “Generation Headphone” (67% of 18-34-year olds). In fact, over half of the 18-34-year olds surveyed said that they find the act of listening to an audiobook more immersive and intimate than reading.

Interestingly, over half of those who listen to audiobooks have reduced their time on social media, TV and car radios, opting to engage with audiobooks instead. The popularity of podcasts has a lot to do with this with 49% saying they got into audiobooks via podcasts.
Harris Interactive conducted exploratory research to investigate the use of audiobooks in the UK. A total of 2,177 online interviews were conducted on Toluna QuickSurveys using TolunaInfluencers, the company’s global panel community.