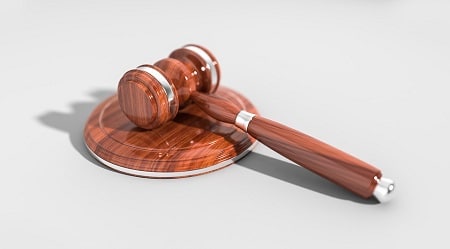 European Union regulators have fined Google with a €1.49bn fine for abusing its dominant role in online advertising via the AdSense platform.

AdSense, one of Google’s online advertising programs allows websites to automatically serve targeted ads. The fine rules that AdSense was rigged to prevent rivals from appearing in those ads.

The EU’s competition commissioner, Margrethe Vestager, announced the results of the long-running probe of AdSense at a news conference in Brussels on Wednesday.

The ruling marks the third time the commission has slapped Google with an antitrust penalty, following multibillion-dollar fines resulting from separate probes into two other parts of the Silicon Valley giant’s business.

According to the competition investigation, Google had been including “exclusivity clauses” in its contracts with publishers since 2006.

These were gradually replaced from 2009 with a different form of restriction known as a “Premium Placement” clause which prevented rivals’ ads from being placed in the best advertising spots.

According to the commission, the fine follows its conclusion that “Google is dominant in the market for online search advertising intermediation in the EEA since at least 2006” with more than 85% of market share over that period.

“Google has abused this market dominance by preventing rivals from competing in the online search advertising intermediation market,” the commission added.

The fine is equal to 1.29% of Google’s turnover in 2018, but the commission stated that Google is also liable to be sued in civil cases by rivals who were harmed by its illegal practices.

Last July, Google was fined €4.34bn (£3.8bn) by the EU for abusing its control of the Android operating system by forcing vendors to pre-install its apps.

The year prior, the web giant was slapped with a then-record €2.4bn (£2.2bn) fine for giving its own online shopping service an illegal advantage in internet search results.