The top 5 fastest-growing neobanks of 2019 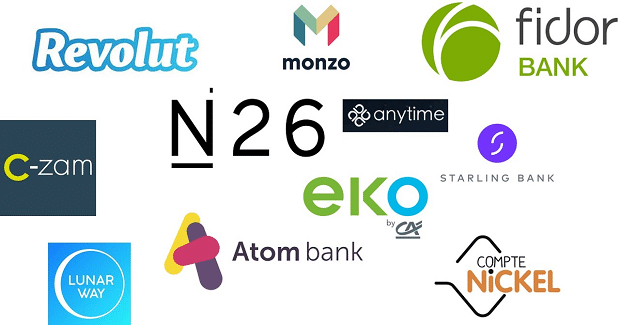 Neobanks, such as Monzo and Rovolut, are proving increasingly popular amongst consumers compared to traditional banks. New research looks at the rising appeal of the most popular 5 of these next-gen banks.

The study, from SmallBusinessPrices.co.uk’s, looked at the fastest-growing neobanks of 2019.

Why are people choosing neobanks over traditional banks?

Long are the days of queuing in banks and speaking to customer assistants, with online banking and apps changing the way we handle finances, neobanks are a step into the future. Neobanks are 100% digital meaning you can only use apps or the web to access your money, and this new type of banking has proved to be popular amongst the population and disruptive within the fintech industry.

With handy features, spending trackers and saving pots, neobanks allow people to take control of their finances and make better decisions which is why it has proved so popular.

In 2019, it was found that neobanks around the world raised $2.5 billion in investment at the end of July, making it one of the leading sectors when it comes to funding.

The most popular neobanks

N26, Monzo and Monese were also featured in the top four for the highest neobank market share of 2019, with all neobanks having better trust rating scores compared to traditional banks.

Ian Wright of SmallBusinessPrices.co.uk stated:“Over the past two years, we’ve seen an influx of consumers choosing neobanks or challenger banks as an alternative to traditional banks that we are all so familiar with. With consumers preferring to avoid the hassle of bank branches and paperwork, neobanks’ are becoming increasingly popular with banks such as Revolut and Monzo showing huge market share growth in just a few years.”