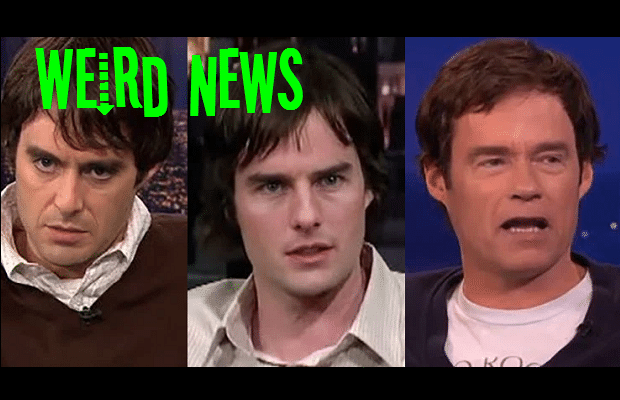 From deep fakes to mind-reading wristbands, technology took us in some strange directions during 2019. In this special article, we celebrate the 10 weirdest news stories of the year. A tweet from a teenager went gone viral after she apparently used her smart fridge to post on Twitter after her mother confiscated her phone, giving the electronics brand LG a social media buzz in the process. The teenager, known only as Dorothy on Twitter, reached new audiences when she started tweeting from unlikely devices, including a Nintendo DS and from a Wii console. Eventually she resorted to her smart fridge. She tweeted: “I do not know if this is going to tweet I am talking to my fridge what the heck my Mom confiscated all of my electronics again.” It won her thousands of retweets and tens of thousands of likes and has even inspired a hashtag of #freedorothy. Even LG tweet the hashtag, while Twitter declared her “an icon”. In October, Chinese tech giant Tencent partnered with UK based AI company, Mirraid to place ads in old movies, such as coffee cups and bus posters. Tencent, which owns social media platform WeChat, tested this out on its own video platform. However, if this experiment is successful, more video platforms might be eager to adopt the new tech. Mirriad’s technology lets advertisers reach their target audience by integrating branded content (or ads) directly into movies and TV series. For example, if an actor is holding a coffee cup in a movie, this new API will enable Tencent to change that cup of coffee into a branded cup of coffee.

Purina interactive posters in France ‘encourage dogs to pee on them’ In April, Nestlé-owned pet product brand Purina launched an interactive outdoor campaign in France that actually encouraged dogs to pee on its latest billboards. The Street Vet stunt, from McCann Paris, was created to disrupt dog checkups and displace steep vet bills. The billboards, created by McCann Paris, are built with a technology to analyze the dog’s urine and detect health problems. The technology uses pheromones to attract the dogs and get them to pee against the foot of the billboard, then runs a series of tests for health problems. The interactive screen will then either recommend a particular Purina diet, or actually recommend that their owner takes their dog to the vet for a check-up. Research shows that more than a million dogs in France do not get taken for an annual vet visit. Deepfake app Zao rose to the top of Chinese app sales charts less than a week after going live, sparking privacy concerns in the process. It used Deepfake technology to let people plaster their own faces on top of any character they want after a scan that takes just a few seconds. The app is only officially available in China, though a few Westerners have already been able to get in on the program. Zao allows users to insert themselves into any television show or movie using a single selfie by using artificial intelligence to superimpose their face onto that of a celebrity. According to a post from the app makers on the Chinese social media platform Weibo, Zao’s servers nearly crashed due to the surge in traffic over the first weekend. This year, L’Oreal’s skincare brand La Roche-Posay launched a spot-diagnosis tool created by artificial intelligence, offering free dermatological advice online via a partnership with Boots. Rather than using an app, the Effaclar Spotscan tool is available at Boots.com, letting mobile users and PC users with webcams scan their face and receive free advice on treatments for blemishes. The tool is compatible with Android and Apple phones and is the first free online tool of its kind to give practical dermatologist advice on the sort of treatment it would respond best to, based around the brand’s products. This autumn, Facebook bought a start-up making devices that can pick up electrical signals from the brain and transmit them to a computer. CTRL-Labs designed a wristband that can identify the signals the brain sends to the hand telling it to move, and decode them. It could then transmit that command – for example, to press a button – to a computer or other device. The Myo armband measured electromyography, or EEG, to translate muscle activity into gesture-related software inputs, but North moved on from the product and now makes a stylish pair of AR glasses known as Focals. Facebook signalled it could be some time before the product came to market. YouTube has banned creators from depicting “dangerous challenges and pranks”, after a wave of incidents prompted by a viral challenge involving driving blindfolded pushed it to act. The Google owned platform has updated its guidelines after the Netflix film Bird Box saw people start pulling blindfolds over their eyes to perform tasks. One teenager crashed her car in the US after pulling her hat over her eyes while driving. YouTube said it can be a home for light-hearted pranks but reinforced that stunts which put people in danger were against its site policy.

Facebook plans to scan people’s photos into their own ads In April, Facebook filed a patent for a new system that passes user’s personal photos to advertisers, making users the stars of online ads. The patent can detect photos people have uploaded that feature items such as alcoholic drinks and snacks. The company would then pass those images to the brands, which would turn them into adverts for other Facebook users to see. The patent on the concept, called ‘Computer-vision content detection for sponsored stories’ was granted in the U.S. this week, and if deployed, would act as a useful tool for brands seeking new ways to engage Facebook users. One hypothetical application outlined by the company in its patent involves its theoretical tool tagging a user who appears on Facebook drinking Grey Goose branded vodka. Once tagged, the image can then be sent to the brand and parlayed into what the description calls a ‘sponsored story.’ Nike’s Jordan Brand partnered with Epic Games, the team behind Fortnite, to launch a new range of sports shoes that are entirely digital. The trainers appeared on two new characters, called skins. They are wearing Nike’s classic Air Force 1s. The Jordan partnership comes alongside the launch of a new game mode called Downtown Drop, which is a race through city streets, very different from the traditional Fortnite battle royale. The sale of skins, a form of in-game purchases referred to as micro-transactions, have proved to be a lucrative move for creating revenue from the otherwise free-to-play Fortnite.

Google has released a huge database of deepfake videos, created using paid actors, designed to help systems detect fake videos that could be used to spread disinformation. Deepfake videos use artificial intelligence to alter faces or to make people say things they never did. The database includes 3,000 AI-generated videos that were made using various publicly available algorithms. Over the past year, generative algorithms have become so good at synthesising media that what they produce could soon become indistinguishable from reality. Experts are now racing to find better methods for detecting these so-called deepfakes, especially with the 2020 US presidential election and a possible Uk General Election approaching. The search giant hopes it will help researchers build the tools needed to take down “harmful” fake videos.