10 biggest business blunders of all time 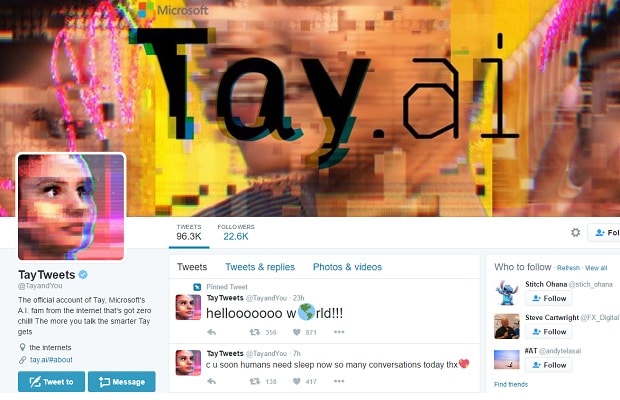 Even the biggest companies make mistakes and now researchers have come up with what they believe could be the ten biggest business blunders ever.

The team behind LondonOffices.com have named The Royal Mail, Blockbuster and even Mars, Inc, among some of the multi-million pound companies to have made detrimental business moves over the years.

From passing up on lucrative deals and opportunities, to misjudging some questionable marketing decisions, even the most profitable businesses have suffered – but survived – terrible blunders.

Chris Meredith from LondonOffices.com said: “Most experienced business owners will be able to pin-point at least one questionable decision they’ve made at some point during their career, but few will measure up to any in this list.

“In some cases, the blunders in our list have come as a result of businesses trying to branch out and try new things, and in others it’s due to the business lying dormant and refusing to adapt to the changing times.

“This just goes to show that there’s never a right answer for these kinds of things, and it all comes down to the individual circumstance and accurate judgement.

“Otherwise, we’ve simply recognised the businesses that have passed up on deals that would have been incredibly profitable – but hindsight is of course 20/20!”

J.K. Rowling took her first book, Harry Potter and the Philosopher’s Stone, to dozens of publishers including HarperCollins and Penguin hoppig to hit the big time, but none of the publishing big dogs were convinced by Rowling’s wizarding world, and rejected it outright.

Instead, a small and lesser-known publisher named Bloomsbury agreed to take it on, after the CEO’s eight-year-old daughter begged her father to print it.

20 years later and Pottermania is at an all-time high with the franchise worth around £19 billion, and the publishers who were approached initially probably aren’t too happy about it.

Two executives for Decca Records invited the Beatles to an audition in 1962 but they weren’t impressed. They informed the band’s manager they wouldn’t sign up the group, exclaiming: “Groups are out; four-piece groups with guitars particularly are finished.”

The Beatles instead joined EMI Records before going on become one of the most well-known and successful bands of all time.

Royal Mail decided to rebrand itself in early 2001 to coincide with the new millennium.

The name Consignia was designed to describe the full scope of what the company could do, but within just 18 months, Consignia as a brand was thrown to the kerb, the then-chief executive John Roberts left, and more than £2 million was wasted by this blunder.

In 1996, former Excite CEO George Bell was given the chance to purchase Google when it was still very small, for a reasonable and very meagre price of just $750,000. However, he wasn’t too excited by the company and declined the purchase.

Unfortunately for Bell, Google has gone on to dominate the world and is the most valuable brand in the world, worth over £180 billion.

Keen to be at the key player in the Artificial Intelligence narrative, Microsoft developed a “chatbot” to interact with humans via Twitter. Named “Tay,” the bot was meant to demonstrate how A.I. can learn from humans.

The whole concept took a disastrous turn as Microsoft hadn’t considered the racist and sexist views often expressed by Twitter users. Tay promptly learned to used foul and offensive language, and its Twitter account was suspended within 16 hours of launch. It’s unclear whether the incident caused any lingering damage to the brand.

Before Netflix, home video rentals were king, and Blockbuster Video ruled with an iron fist.

When given the opportunity to purchase the budding Netflix in the early 2000s for $50 million, Blockbuster declined, and this decision ultimately led to the company’s demise.

Netflix, on the other hand, has come on in leaps and bounds, while the home video rental market has since been relegated.

According to blind taste tests undertaken in 1985, Coca-Cola learned that customers actually preferred the sweeter taste of their main competitor, Pepsi.

On this fact alone, Coca-Cola decided to change its 100-year formula and create “New Coke”, which inevitably crashed and burned. Fans were not happy with this newer, “better” formula, and demanded the old one back. After a while, “New Coke” was taken off the market, never to be seen again.

Amblin Productions approached Mars, Inc. for the permission to use its popular bite-sized M&Ms in its upcoming film, E.T, but were promptly rejected.

It’s unclear why the decision was made, but many possible explanations have been offered through the years, including a rather mundane one claiming Mars had reached its advertising budget limit.

Instead, Reese’s Pieces were used by Elliot to lure the little alien out of hiding, and the chocolate has since become one of the most popular of the past three decades, partly due to this cameo.

EA, one of the biggest American video game companies, sent out gold brass knuckles in a wooden box as part of a promo for video game Godfather II. An interesting and relevant gift, if not for the fact that brass knuckles, or “knuckle dusters”, are illegal weapons in many of the US states to which they were posted.

EA soon realized the error in sending out brass knuckles, and all packages were promptly sent back to EA.

Motorola failing to keep up with the times

Motorola’s thin and stylish Razr phone dominated 2006 with a market share of 22% at a time when smartphones were first passing their litmus test with the public.

However, the tide changed quickly, and by the time Motorola released its first update to the Razr, iPhone and BlackBerry had taken over as market leaders.

Motorola’s lack of innovation caused shares to fall more than 90% within six months, and they’ve never been able to reclaim the throne since.