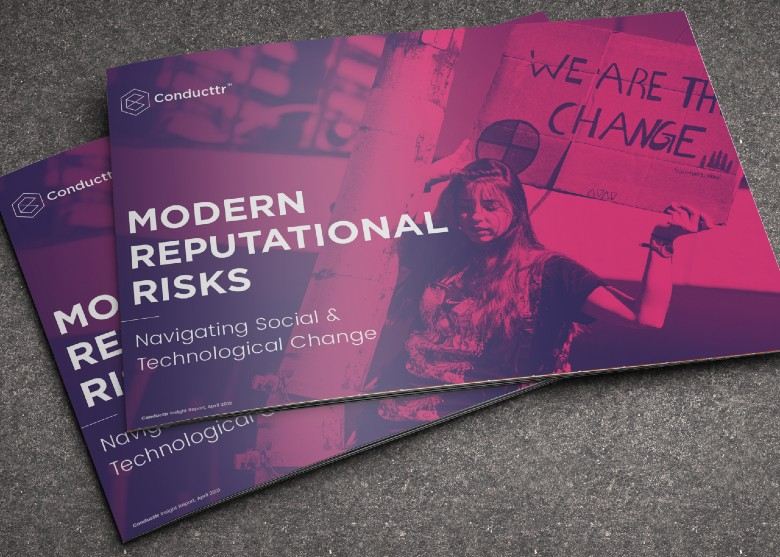 Brand protection is an impossible job for 78% of UK comms leaders, following significant increases in reputational threats such as employee activism and cancel culture, according to new research.

The survey of comms leaders at major UK companies, commissioned by crisis simulation platform provider Conducttr, found that employee activism is perceived as the second biggest threat to their organisation’s brand reputation, after cyber attack.

In fact, half (50%) of all professionals in the sector say that one of their biggest fears regarding reputation is the potential for an employee to devalue it. These fears are not unfounded, with almost two-thirds (65%) of professionals having to deal with a crisis driven by employee activism previously.

Outsider threats have additionally compounded these fears, with almost all (93%) of comms leaders agreeing that consumers are savvier about the power they wield over brands, revealing that employees and the general public are now more aware of the influence they can have on a brand’s reputation and are subsequently holding them to account on perceived missteps.

Despite cancel culture existing as a newer reputational threat, more than half (52%) admitted having to deal with a crisis around this growing trend, while the emergence of fake news and disinformation via online platforms is facilitating further threat opportunities, with almost a third of comms professionals (31%) regarding them as a challenge.

New avenues for attacks on business reputation are proving to be a barrier to addressing new threats, with 43% noting difficulties managing deep fakes and social media. Additionally, 33% report a lack of understanding of newer threats, impacting on their inability to respond to risks quickly and effectively.

The combination of these factors is having a significant impact on the working lives of comms professionals. Respondents were almost unanimous (95%) in acknowledging that consumer empowerment and activism on social media meant that more time was being spent on managing brand reputation, while 71% said that the pressure and stress on their job role had increased.

Robert Pratten, Founder and CEO of Conducttr, commented, “For comms professionals, there is an urgent need to increase experience of managing these new threats to build confidence and reduce stress. This is best done in a safe, simulated environment that can reproduce these “next generation” reputational threats and their consequences in a realistic way. Far better to do this in a simulation than experience it for the first time in real life.”