Baidu warns Google “the world is now copying from China” 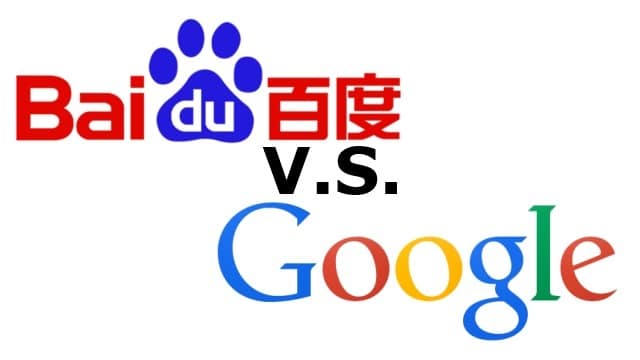 Chinese search giant Baidu has issued a warning to Google, claiming to be the new search trendsetter, following the US-firms plans to re-enter the China with a ‘censored’ search engine.

The move comes as Baidu saw profits beating market estimates on the back of strong ad sales.

Revenue for the segment rose 25 percent to 21.1 billion Chinese yuan ($3.10 billion) in the second quarter.

Google shut down its search engine in China in 2010 amid concerns over government censorship, cyberattacks, and stiff competition from domestic rival Baidu.

In a post published this month on WeChat, China’s main chat app, Baidu’s Robin Li addressed the possibility of Google’s return to China by reiterating a common trope—that China’s tech giants are more advanced and influential than ever before, and are capable of going head to head with international counterparts.

In the post, which was shared privately to Li’s contacts on WeChat but also circulated in Chinese media (link in Chinese), Li talked up Baidu’s efforts in artificial intelligence.

The Chinese search giant is developing open-sourced self-driving-car technology and recently ran a road test using a 5G network. The letter in full translates as follows:

Today the People’s Daily on overseas social media said that it welcomes Google’s return, but it first must respect China’s laws. Friends have asked me what I think of this issue. I’d like to say, China’s tech companies nowadays have ample ability and confidence. Amid competition with international companies, both can reap the benefits of globalization. If Google decides to return to China, we have enough confidence to take them on once more, and win once more.
The Baidu of today is a world leader in artificial intelligence and has massive influence. Our global ecosystem of partners exceeds 300 companies. Google is also one of our partners in our international markets. Baidu is fully prepared for the industry’s next phase of artificial intelligence, and will push the boundaries of technology with the world and share the results of innovation.
As for the Chinese market—these few years, our industry environment and scale has endured earth-shattering changes. China’s tech companies have led the world in discovering new problems and servicing new demands. The world is now copying from China. Every company that hopes to enter the Chinese market now must consider and face this.
Over the past few years, Baidu has often been perceived as the beneficiary of Google’s exit from China. We can’t confirm something that never happened. In fact, Google preceded Baidu when it launched an independent search service in China in 2000. It ramped up these efforts in 2005. Baidu was a latecomer, but with technology and innovation it surpassed Google. By 2010, Google left China as its market share continued to decline. Baidu’s market share exceeded 70%. If Google wants to come back, we can take them on with all our might and win again.

Baidu has seen rapid growth in its newsfeed product, an app that is similar to Facebook’s feed, and has managed to escape the ire of regulators even as competitors continue to suffer temporary bans and fines for failing to censor content.