LinkedIn is seen as a marketing and sales tool, not networking 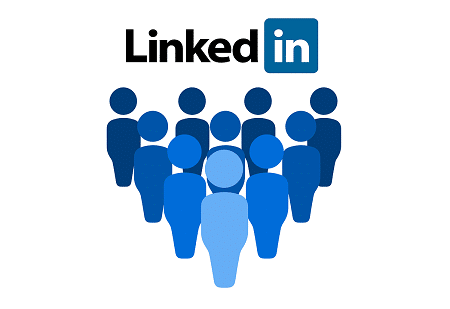 Most professionals no longer see LinkedIn as a platform for valuable business networking but for marketing, sales and recruitment, according to new research.

The findings, from business messaging app Guild, reveals that unveil almost half (45%) of LinkedIn users agree that the platform has become more about marketing and sales than professional networking.

Only 25% of LinkedIn users actually see it as a useful tool for networking, most having met less than half of their connections, with two in three (68%) believing that their “little black book” of business contacts is less than 15 contacts.

The research suggests that professionals are looking for more authentic ways to connect with their most valuable connections, and spaces which implement a privacy-by-design model.

Guild has created a model for professionals recommending how best to manage both real-world and digital business networking inspired by world-renowned anthropologist Professor Robin Dunbar, famous for his ‘Dunbar Number’ theory.

The survey also shows that users are realising that worthwhile networking is about quality not quantity. Having spent years adding connections of people they do not really know, and have not met, it is becoming clear this is not the way to create real business value.

68% of those surveyed believe that their “little black book” of professional contacts they actually value contains up to only 15 contacts. However, 61% have over 150 LinkedIn connections.

“The use of LinkedIn has greatly changed since it launched nearly seventeen years ago,” said Ashley Friedlein, CEO and Founder of Guild. “In the early years there was a sense of membership and belonging and the quality was higher. Due to a natural tendency to accept new contacts to grow our networks, many users now find themselves with an experience that is too noisy. Senior people, in particular, get a lot of sales approaches and few would now choose to run high value groups or networks on LinkedIn.”

Almost four out of ten (38%) LinkedIn users believe that the platform has become too cluttered for their professional network to be functional. 28% find that LinkedIn is now “full of spam”. Over half of users (58%) feel it is now more about curating new contacts and business development than looking after the connections they have already built during their career.

“We know from the Dunbar number that humans cannot know, or maintain, more than around 150 relationships” continued Ashley “and this is true in our professional lives as much as our personal lives. We’re realising we need to focus more on the relationships that actually matter rather than chasing connections for the sake of it.”

Guild has created a new model for professionals recommending how best to manage both real-world and digital business networking: ‘A Model for Professional Networking’.

The model is inspired by the ‘Dunbar Number’. Professor Robin Dunbar, a world-renowned anthropologist, and advisor to Guild, revisited his famous research finding to confirm it still holds true in our digitally connected world.

The app was built with valued connections in mind and has professional users from the likes of The Institute of Directors, Deloitte, University of Cambridge Judge Business School, Wunderman Thompson and National Portrait Gallery.