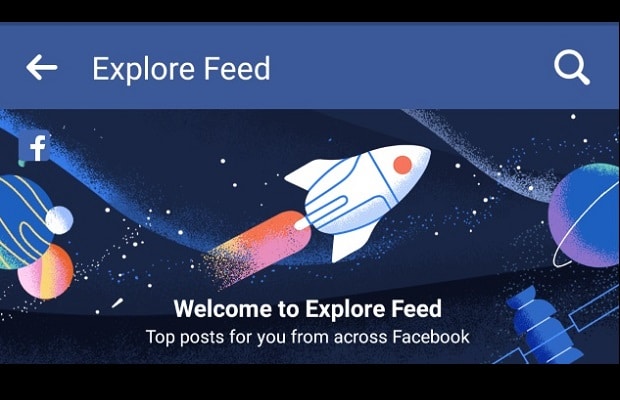 Facebook is testing a new way of displaying posts in users' newsfeed, prioritising posts from its users' friends and families over publishers.

The move has caused worry in the publishing industry, who fear that the move could be another clamp down on ‘organic’ (or free) brand content, and another push towards getting companies to pay to reach the Facebook audience.

Under the new scheme, Facebook takes content from publishers and businesses out of its main feed. Instead, those posts will exist in a separate “Explore Feed.”

The Explore Feed’s purpose is to show users posts from people or publishers they don’t follow, in the hope that they’ll find new stuff they wouldn’t otherwise see.

In some countries, though, the social giant is also testing putting all publisher content in this secondary feed, even if you do follow those publishers.

This has worried many published, including Filip Struhárik, Editor and social media manager at Slovakian publication Dennikn:

Facebook says the aim is to give people two feeds: One with stuff from their friends and family, and the other from businesses and publishers.

“With all of the possible stories in each person’s feed, we always work to connect people with the posts they find most meaningful. People have told us they want an easier way to see posts from friends and family, so we are testing two separate feeds, one as a dedicated space with posts from friends and family and another as a dedicated space for posts from Pages. To understand if people like these two different spaces, we will test a few things, such as how people engage with videos and other types of posts. These tests will start in Sri Lanka, Bolivia, Slovakia, Serbia, Guatemala, and Cambodia. We have no current plans to roll this out globally.”

The new Explore Feed is not easy to find. It’s buried on the lefthand rail on Facebook’s web version, or in the “Explore” tab on the iOS app. In my case, it took three taps from the News Feed in order to find it.

Adam Mosseri, Head of News Feed at facebook, has since tried to play down fears of the test in a company blog.

This would not be the first time that Facebook prioritised paid content over organinc reach. Back in 2012, Facebook was accused of making changes to the ‘Edge Rank’ formula that determines if brands appear in the news feed of its fans pages, effectively driving them to paid advertising to improve their reach.