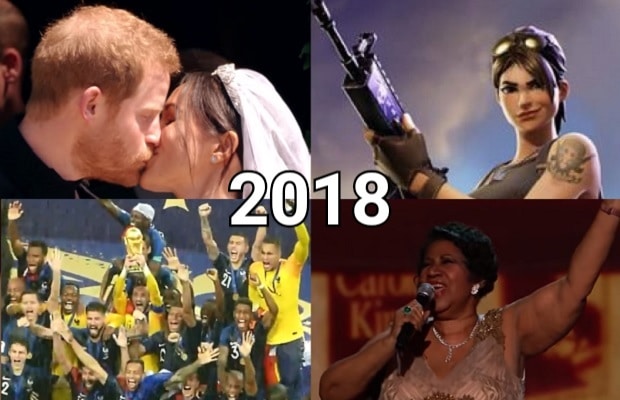 2018 was another big year for digital marketing, with the rise of voice search, AI going mainstream and Walmart buying FlipKart. This was the year that Spotify went public, Huawei overtook iPhone and a video game sparked a dance craze. In this special report, we’ve identified 17 of the biggest trends of the year.

A sleeping giant awoke in advertising this year, as Amazon’s ad revenues started to overtake its cloud business. Google and Facebook might have the behavioural data, but can the ecommerce giant’s vast purchase data match them? In the agency world, Omnicon overtook WPP for the first time in seven years, as the ad industry faced up to pollical and technological upheaval. Google underwent a massive revamp, losing its iconic AdWords brand as it ramped up AI-powered tools for marketers. It also handed over more control to users, who can now ‘mute’ retargeted ads. A quiet ‘sonic revolution’ also emerged, as the rise of Spotify and Podcasts has led to more audio ad purchase this year, with radio-style ads going programmatic. Facebook video has been catching YouTube for several years, but 2018 saw the platform stumble. View times dropped as people flocked back to the Google-owned platform. Zuckerberg’s business rolled out its new ‘Watch‘ platform this year to rival YouTube, but Facebook was sued for exaggerating video viewing times by up to 900%. YouTube has its own problems however, as big brands, including Mars, pulled ads over ‘Drill’ music controversy. The site continued to bolster its ad formats, with adaptable vertical video ads that adjust to mobile phone orientations and expanding its skippable ad format with ‘TrueView for Reach‘. Influencer marketing continued to go more mainstream, but so did the number of fines for web stars failing to label sponsored posts. Social media algorithms continued to squeeze advertisers from organic to paid posts, resulting in a big shift in budgets. Facebook rolled out its Stories format worldwide and gave every user a secret reputation score to tackle the rise of ‘Fake News’. It also cracked down on ‘clickbait’ ads in a bid to increase the quality and relevance of content on people’s newsfeeds. Twitter enjoyed a surprisingly good year with something of a comeback in terms of profits, but the social network is considering ditching ‘likes’, leading to questions on how this will affect brand ads or organic account posts. Baidu clashed with Google this year, with the Chinese search giant claiming to be the “new trendsetter“, following the US-firms plans to re-enter the China with a ‘censored’ search engine. Google also dabbled with a ‘zero results‘ format for key questions and expanded further into travel and shopping with new features. Meanwhile, Amazon is growing into a search engine in its own right, now becoming the key starting destination for most customer journeys. Voice search continued to grow, with retailers including ASOS and Carrefour tying with Alexa and Google Assistant for smart speaker shopping. Spotify made an unusual start to life as a publicly owned company, listing on the stock market without the aid of Wall Street underwriters. Meanwhile Walmart bought India’s version of Amazon FlipKart to expand in Asia, while Google integrated Kenya’s mobile payment service M-Pesa, opening up to more African consumers with no credit cards. The biggest agency move was industry icon Martin Sorrel stepping down from WPP after 32 years, while Spotify and Hulu and Disney and Twitch entered into mutually beneficial media partnerships.

Adblocking: Fears subside as tech giants turn on themselves Once a major fear in the industry, adblocking has calmed down in recent years as GDPR and value exchange messages have stalled adoption and use of filtering software. That didn’t stop the big tech giants ramping up their own walled gardens, with Apple’s Safari web browser banning Facebook and Google’s data collection by default, and Chrome getting its own ad blocker. The ‘Netflix-effect‘ continued unabated in 2018, with the streaming service now accounting for a massive 15% of all global internet traffic. Meanwhile YouTube starting offering ads tailored specifically for people watching on the big screen. It also took on Spotify with its own ad-funded music streaming service. In terms of publishing, Google launched an “ad strength” metric that measures the relevance, quantity and diversity of ad copy. Facebook ramped up its content offering, including exclusive coverage of major sporting events. Snapchat is still the number one use of AR, and 2018 saw its World Lens ads go programmatic. Many brand started to make use of camera filters, with L’Oreal partnering tech firm Modiface to give customers a virtual makeover. VR take-up continued to grow slower than hoped as the elusive ‘killer app‘ failed to materialise, but major media firms continue to expand their content. Apple became the first trillion dollar listed company in the world (with a few caveats) proving that mobile is now the defining technology of the modern age. Google’s new Pixel phone and AI-centric approach started to challenge Samsung’s dominance in Android, but it suffered a record fine for app dominance. Meanwhile China’s Huawei overtook Apple as the world’s second biggest phone maker this year.

Chat apps: Instagram grows up as WhatsApp gets down to business

Instagram extended its lead over Snapchat after ‘borrowing’ its key features, now more popular with the trend-setting US teen market. The platform took steps to remove fake likes and comments that were skewing ad metrics, while it expanded its shopping service overseas. Facebook’s other major messaging business, WhatsApp, rolled out new business tools as it mooted the prospects of ads for the first time. Snapchat lost users but increased ad sales, giving brands DIY tools and shoppable ads and giving users more ‘ad opt-outs’ than rivals. China’s Singles Day was once again the biggest shopping event in the world in 2018, three times bigger than Black Friday, but trade tensions with the US led to slower growth for the first time. Amazon continued to dominate shopping searches but suffered a costly Prime Day glitch, while Google gave an unexpected boost to the high street with an innovative stock search tool. Meanwhile eBay built its own ad tech platform and Chinese giant Alibaba partnered Mail.Ru for an expansion into Russia. The connected world got ever-closer this year. Google linked with a number of car brands for a new dashboard system, as the automotive sector becomes the next battle ground for tech giants. Yandex trialled self-driving taxis in Russia, while Uber partnered Toyota for a new fleet of autonomous vehicles but suffered a setback with an on road fatality. Meanwhile, US supermarket giant Kroger started testing self-driving delivery vehicles.

Blockchain: The rise and fall of Bitcoin Blockchain had a rollercoaster year. The transaction-based technology started off 2018 as the next big thing, only to slump as countries tightened regulation on cryptocurrencies. That didn’t stop Facebook employing the technology to boost its security, while some firms like Kodak employed the tech in innovative ways.

Marketing through gaming: Brands cash in on eSports The popularity of online games such as Fortnite led to eSports becoming ever-more mainstream (plus sparking a few dance crazes). In 2018, over 380 million people are now watching other people playing games online. This in turn has led to big brands and advertisers getting in on the highly lucrative action, such as a partnership between Twitch and Disney. Twitch’s next big move? Online karaoke games. The worlds of politics and digital are more entwined than ever, and Facebook came under fire this year for a mass data breach that saw ‘potentially all‘ (but at least 87 million) user’s data harvested for political campaigns without consent. Increased attention on how ‘fake news’ is being spread across social networks and newsfeeds lead to top tech-platforms clamping down on ‘hate content‘ and acting to pre-empt similar data breaches and misinformation affecting this year’s crucial mid-term elections. The scandal led to the firm at the centre of the data storm, Cambridge Analytica, shutting down. The EU’s General Protection Data Act (GDPR) came into force this year after much hype, letting consumers consent to websites tracking their behaviour (with big fines for companies that don’t comply). The results have been largely successful, with research suggesting better quality leads for advertisers and 95% of customers ticking the ‘consent’ box. However, another EU law, the so-called ‘link tax‘ came under fire for threating the sharing of popular content (such as memes) at the expense of protecting copyright holders. In the UK, an online junk food ban prohibited brands using ads targeted at children online.

And it was a bad year for….

Google+
Google’s much troubled alternative to Facebook is finally closing down, after data from up to 500,000 users was left exposed by a bug (which accelerated a rather inevitable process.).
Unilad
The parent company of Unilad went into administration with debts of more than £6m owed to various parties, resulting in the popular digital publisher of viral content attracting bids. It was eventually bought by rival LadBible.
NME
The iconic UK music mag sent out its last physical weekly edition. NME is now online only as the print market gets tougher.

Facebook
At a senate hearing, Facebook founder Mark Zuckerberg admitted he had made mistakes over the handling of millions of users’ data by Cambridge Analytica. Senator John Kennedy warned him: “I don’t want to have to vote to regulate Facebook. But by God, I will. That depends on you… Your user agreement sucks.”
← Previous stories Recent stories →