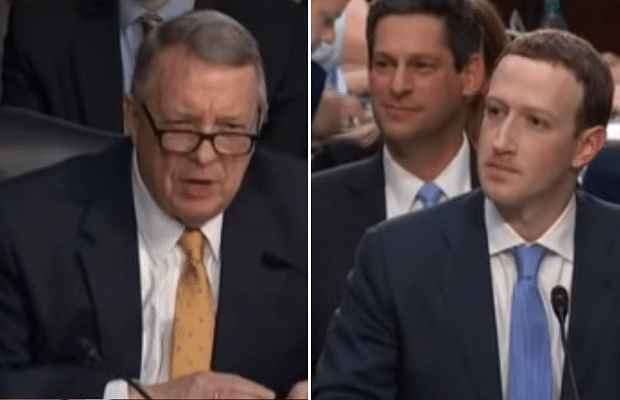 Facebook founder Mark Zuckerberg has admitted he had made mistakes over the handling of millions of users data by Cambridge Analytica during the first day of a senate hearing in the US.

He was appearing in front of a joint session of several US senate committees, after it was revealed in recent weeks that about 87 million people had their profile information accessed by marketing firm Cambridge Analytica.

The Facebook chief fended off questions from senators about how the social network might be regulated more closely.

Zuckerberg took the blame for the massive data breach, and said that the company had failed to understand the tools could be used for harm as well as good.

Senator John Kennedy warned him: “I don’t want to have to vote to regulate Facebook. But by God, I will. That depends on you… Your user agreement sucks.”

When pressed, he said he would welcome regulation, if it was the “right regulation,” though he avoided specifics.

Although he faced little direct questioning about the potential role of Russia in the election meddling, he did claim he was in an “arms race” with the nation.

Zuckerberg said that Facebook believes that it is “entirely possible” that the individuals whose data was improperly obtained by Cambridge Analytica could have been used by the Kremlin-linked troll factory, the Internet Research Agency, to attempt to influence the US Presidential election in 2016.

He said: “There are people in Russia whose job it is to try to exploit our systems and other internet systems and other systems as well. So this is an arms race. They’re going to keep getting better at this, and we need to invest in making sure we keep getting better at this too. Which is why we are going to have more than 20,000 people by the end of this year working on security and content review across the company.”

He later added: “As long as there are people in Russia whose job it is to interfere with elections around the world, this is going to be an on-going conflict.”

During the hearing, Zuckerberg also said:

Senators mostly focused their lines of questioning on privacy, and how Facebook uses and looks after the data it takes from its users.

Sen John Kennedy told Mr Zuckerberg “your user agreement sucks” and Sen Dick Durbin asked if the Facebook CEO would share details of the hotel room in he was staying in.

Mr Zuckerberg answered: “Senator, no, I would probably not choose to share that here.”

Tighter US data regulation could be an opportunity for China

During the hearing, Senator Maggie Hassan asked Zuckerberg: “Will you commit to working with congress to develop ways of protecting constituent privacy and well-being, even if that results in some laws that require you to adjust your business model?”

Zuckerberg replied: “Yes, we will commit to that… our position is not that regulation is bad… the real questions is: ‘what is the right framework?’ Not ‘should there be one’?’”

This new regulation framework could open up the gates to regulation that changes the data driven ad funded model for many online services.

It also means that countries with ‘light’ or no data privacy concerns (China in particular) could actually accelerate away from US tech companies with things like AI, as they have massive data sets with no controls on them – other than don’t piss off the ruling government – to work with.

Did Facebook know about Kogan selling data to CA?

Zuckerberg was also challenged about Facebook’s claim it was deceived by a university researcher when he sold user data to Cambridge Analytica. Aleksandr Kogan’s ability to do so was in fact signed off by Facebook in its contract with him.

Senator Richard Blumenthal showed the terms of service that Kogan provided on a large placard and said: “Facebook was on notice that he could sell that information. Have you seen these terms of service before?”
Zuckerberg said he had not seen them, and they were the responsibility of the app review team.

Sen Blumenthal asked: “Has anyone been fired from that app review team?”

Zuckerberg replied that no one had been dismissed.

Facebook’s shares fell 11% since the news of the breach, though wider recovery in the markets helped them bounce back by 4.5% on Tuesday.

The breach has not severely impacted user figures however, despite a ‘delete Facebook’ movement on other social networks.

This week, Facebook released a tool that tells people if Cambridge Analytica was harvesting their data via the social network, (or if a friend accidentally opted you in). the tool can be viewed here.