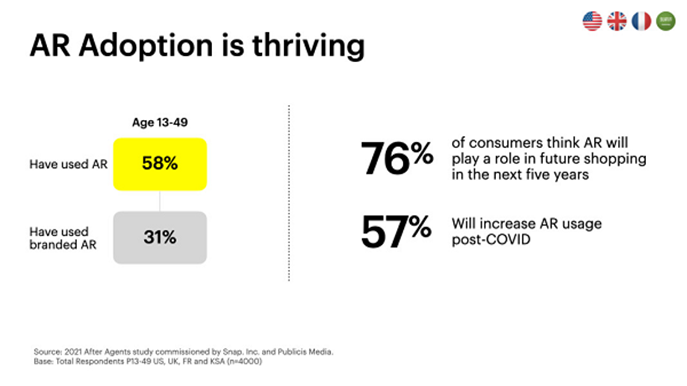 Branded augmented reality tools can influence shopping behaviour and change the eCommerce process in a range of ways, according to new research released this week from SnapChat.

The report, conducted in partnership with Publicis Media, incorporates responses from over 1,000 people, aged 13 – 49, across four markets (the US, the UK, France, and Saudi Arabia), which was then cross-matched against industry insights and feedback from users who’ve used AR tools in the shopping process.

Across the four markets measured, more than half of people aged 13 – 49 claimed to have used AR in the past, and nearly one-third have used branded AR.

The report shows this behaviour is here to stay – more than 3 in 4 of all consumers believe AR technology will play a role in how people shop in the next five years.

The study also found that, among those who do use AR, more than half of them actively search for AR experiences, with the majority of that search activity coming via camera tools on digital platforms like Snapchat. 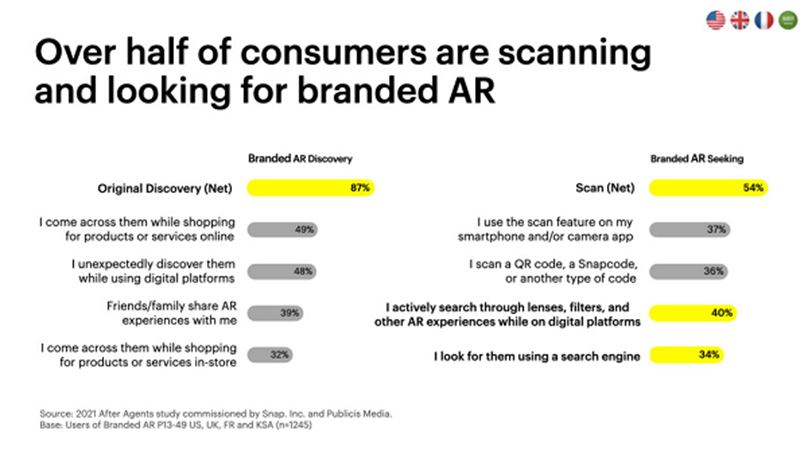 “These numbers increase when talking about specific branded experiences, such as virtual try-on at 72%” 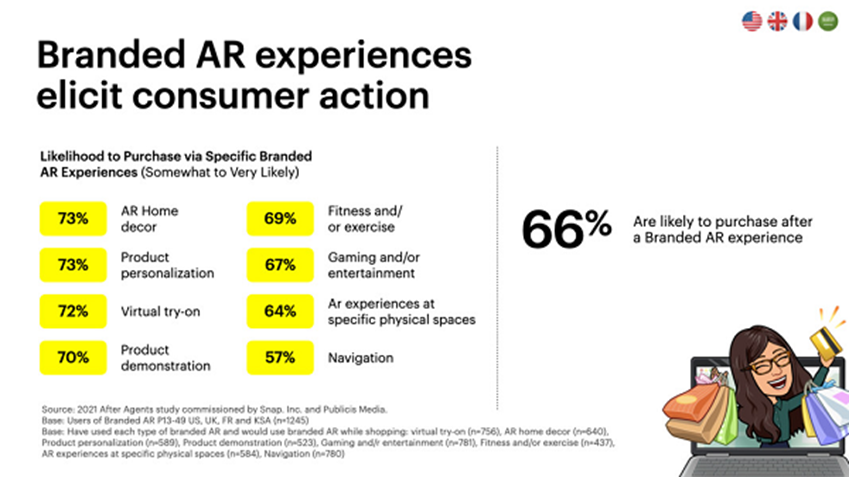 The research shows that AR tools can have impact at various stages of the purchase journey. 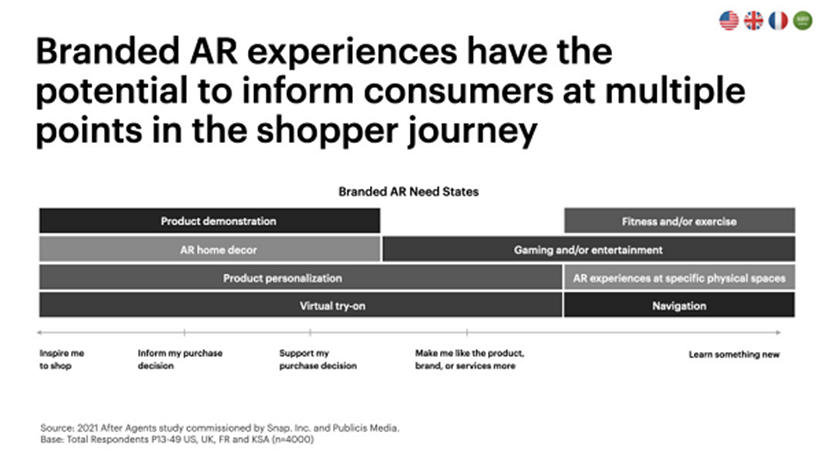