The future of work: Recruitment in 2020 and beyond

Self-driving cars are set to have a significant impact on society and change our future the most over the next 20 years, according to research from tech job board CWJobs. 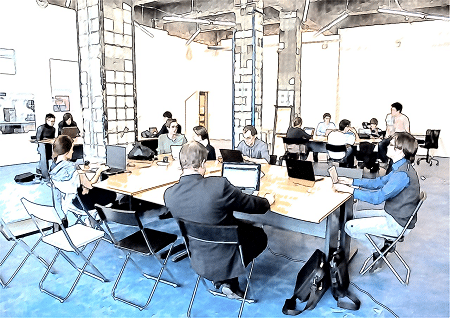 Working in collaboration with expert futurologist Melissa Sterry, the report, surveyed over 2,000 UK business decision makers and IT workers to determine the technological inventions with the greatest impact on society since 2000 and what’s to come in the next 20 years.

Just over a third (34%) of business decision makers stated they expect self-driving cars to be the innovation that will change our future the most in the next 20 years, with delivery drones (30%) and 5G (24%) also ranking highly. However, surveying its candidate database, CWJobs found IT workers disagree – with over 46% believing quantum computing will impact society the most, ahead of self-driving cars (41%) and instant language translator earbuds (33%).

Melissa Sterry, expert futurologist, said: “The world of tech stops for nobody and it’s set to accelerate even further over the next 20 years, impacting every part of our lives from consumers to businesses. What’s interesting to see is the different directions business leaders and IT workers think the industry is heading in, perhaps influenced by their backgrounds and prevalence of tech in their roles. It’s clear though that both see tech as a firm staple of life moving forward, of which there should be no doubt.”

Working with tech every day, IT workers are perfectly placed to comment on the tech that’s had the biggest impact on society so far. The research revealed that over seven out of 10 workers (74%) thoroughly believe that the smartphone has been the most crucial invention over the past 20 years. Additionally, the research found that workers regard Bluetooth technology as the most underappreciated invention (36%), closely followed by the USB flash drive (31%). The most surprising innovation since 2000 for IT workers came in the form of social media (37%), AI voice assistants (34%) and 3D printing (30%).

As the speed of innovation continues at pace, with it comes new and exciting job roles. Looking ahead to the next 20 years from a tech talent perspective, 42% of business decision makers believe that the “self-driving car mechanic” will be the new tech job role to emerge. Of the current roles available, cyber security engineers / analysts (35%) and AI / Machine learning designers, developers or engineers (35%) are expected to be the most important tech roles in the next two decades, ahead of software developers / engineers (26%) and mobile app developers (25%).

Interestingly, both business decision makers and IT workers, 68% and 71% respectively, believe that as significant advancements have occurred in areas like AI, blockchain and quantum computing, more people are developing the specialist tech skills needed to match the increased demand for these specific innovations.

Sterry continues: “What’s clear from these findings is that the underlying technology we’re seeing emerging today, like AI and connectivity, is set to be the basis for the next 20 years of innovation. In order to take advantage, the UK needs to have the talent available to implement and use these technologies effectively. Fortunately, the UK workforce is adapting well with an influx of more diverse and qualified employees bringing in the skills needed to help the UK keep up. From a business perspective, tech firms increasingly recognise the need to help existing talent develop greater flexibility and scope for creativity, while also harnessing the capacity of specialised job boards and platforms to identify the right expertise in an array of fast-emerging fields.”

Dominic Harvey, Director at CWJobs comments: “Technology is now fully immersed in all aspects of our lives, both personally and professionally. With businesses facing growing pressure to integrate the latest consumer technologies into their companies, it’s vital they keep on top of the newest developments. More importantly though, it’s about ensuring their staff have the skills to develop and take advantage of the next generation of tech that’s set to impact our lives.”

General population findings are sourced from research conducted by Censuswide on behalf of CWJobs to a sample of 1,002 UK business decision makers between 18th October and 24th October 2019.

Tech jobs industry insights are sourced from research conducted with over 1,150 tech workers from CWJobs database between 23rd October and 28th October 2019.