Ad of the week: Nike welcomes sports back with split screen mashup 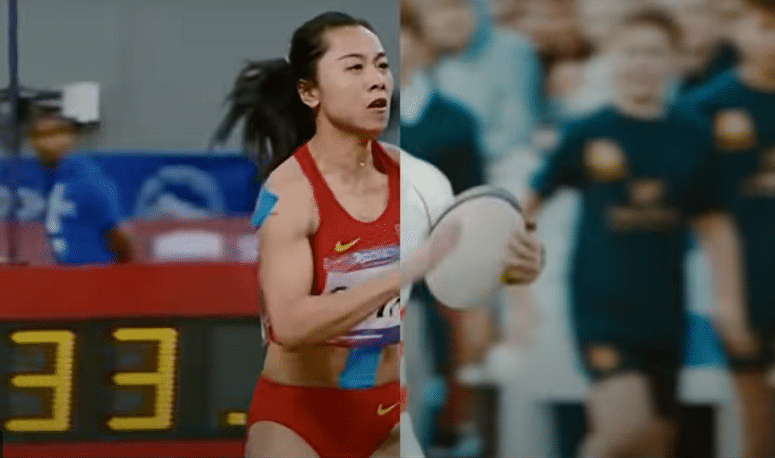 How do you create a new sports commercial when there’s no new footage to show? Nike’s latest post-Covid ad welcomes back the NBA season with some astonishingly edited archived clips, that perfectly sync up athletes via split screen.

Called “You Can’t Stop Us,” the film launched during basketball’s long-anticipated return from its halt to the season back in March.

The ad, created by agency Wieden + Kennedy, mixes 4,000 pieces of historical archive footage from 24 sports into a 90-second tribute to the ways athletes bounce back.

Working with Pulse Films director Oscar Hudson, Joint editors Peter Wiedensmith and Jessica Baclesse, and the visual effects team at A52, the team researched 4,000 sports action sequences and chose 72 of them to combine into 36 split-screen moments, where the action on both sides appears to meld into one.

Narrated by soccer star Megan Rapinoe, the spot blends 36 pairs of athletes into one another, emphasising “commonalities shared by athletes around the world.”

“We are not going back to an old normal,” says the Rapinoe voiceover. “We have all these people in the streets, using their voices, and those voices are being heard. I ask people to be energized by this moment and not let up. I believe it’s everybody’s responsibility to advocate for change.”

The ad captures the mood of a nation, tying in Covid with other big cultural themes. It builds front of mind awareness and brand equity creating a warmth and sense of solidarity that Nike is “on your side”.

Getting the right tone for this type of advertising is extremely challenging, and Nike’s execution is an award-winning standard. The ad is about the unifying power of sport, even as the threat of the pandemic still hangs heavily over all professional sport and it also shows how sport helps create an equal playing field by athletes looking to create change.

The video ad was viewed nearly 8 million times within the first 24 hours of going live on YouTube.