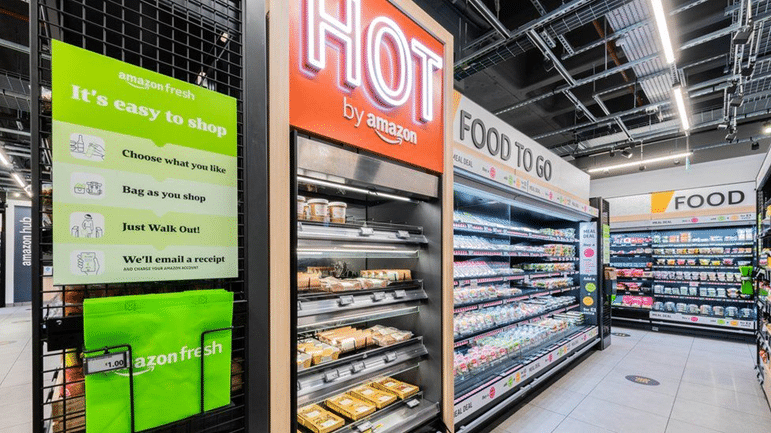 Amazon has opened its first UK-based till-free store in Ealing in west London - but already has plans to expand with dozens more in the country.

The shops operate using technology that allows shoppers to shop and pay later. Rather than paying at the till, an app tots up the items picked up in store and charges them directly to the bank card attached to their Amazon Shopping app account.

The Times newspaper reports that Amazon is planning 20 more store openings a year from next year – and says deals are already in place for around 25 sites.
Those sites are reportedly mostly in the capital and its suburbs, but the Times says that Amazon will also be expanding to other cities.

Amazon’s Fresh promises a more “frictionless” experience than other retailers. Visitors only have to place an item in a bag or otherwise carry it out to be charged by the store, which is located at the street entrance of a shopping centre in the borough of Ealing.

By contrast, retailers including Marks and Spencer, Tesco and Sainsbury’s require consumers to scan items into a smartphone or other device.

The technology involved was pioneered at the firm’s similar Amazon Go stores in the States, which opened to the public in 2018.

However, recent advancements mean the system can now cope with customers selecting from different bouquets of flowers, magazines and greetings cards – it could not distinguish accurately enough between one choice and another before.

It involves the use of hundreds of cameras and depth-sensors, and software developed using deep-learning artificial-intelligence techniques.

However, it does not involve facial recognition. Instead, users must identify themselves on arrival by scanning a barcode displayed within their account on the standard Amazon Shopping app.

The Ealing store’s customer area covers about 2,500 sq foot (232 sq m) in total, which is much smaller than a typical supermarket.

View a tour of the store below: