Brewdog aims for US market with premium original video series 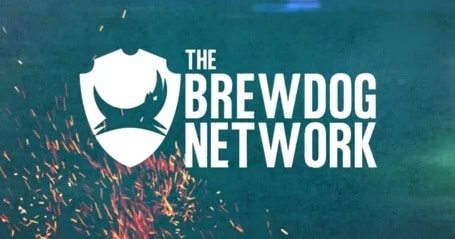 Brewdog is rolling out a subscription video on demand service, featuring shows, game shows and documentaries, as the Scottish craft beer firm looks to expand its reach in the US.

Access to ‘The BrewDog Network’ will cost $4.99 per month for subscribers, and the 100 hours of initial content will be picked by company founders Martin Dickie and James Watt.

The BrewDog Network has launched with a slate of over 10 original series, including The BrewDog Show, a reprise of the Esquire show hosted by BrewDog founders James Watt and Martin Dickie.

Are You Smarter Than A Drunk Person is hosted by Parks & Recreation’s Alison Becker, while Four Sheets is described as a “reimagination” of Zane Lamprey’s travelogue series Three Sheets, which aired between 2006 and 2009.

The line-up is described as a “deep-dive into cocktail, craft beer, culinary and travel adventures, laugh-out-loud comedy, game shows, distinctive documentaries and more.”

It also features acquisitions such as William Shatner’s Brown Bag Wine Tasting; Drinking Made Easy, which stars Lamprey; wine and travel show The Flying Winemaker; Australian cooking and lifestyle series Surfing the Menu and comedy-reality series Never Ever Try this at Home.

“Driven by true passion and enthusiasm, we are doing exactly what we did with craft beer – raising standards and eyebrows in equal measure,” said Dickie.

BrewDog, founded in Scotland in 2007, has more than 50 bars around the world and has raised over £61m (US$79m) across five rounds of online equity crowdfunding. It launched a brewery in Ohio in 2017.

This is not the beer brands first foray onto content. In 2013, the beer maker ran three seasons of a show called BrewDogs on the Esquire network.

After our TV show Brew Dogs got cancelled, we didn’t want to sit around in our underpants, crying into a tub of ice cream. So we decided to launch our own TV network – The BrewDog Network.
Subscribe now! >> https://t.co/5C81wHOfwr pic.twitter.com/k3TApvCM1R

In it, the founders were “on a quest for nationwide craft beer enlightenment in America”. This saw them brew beer in odd places like a train, a boat, a parade and on top of a mountain. They also utilised interesting ingredients like caffeine, chilli and smoked meat.