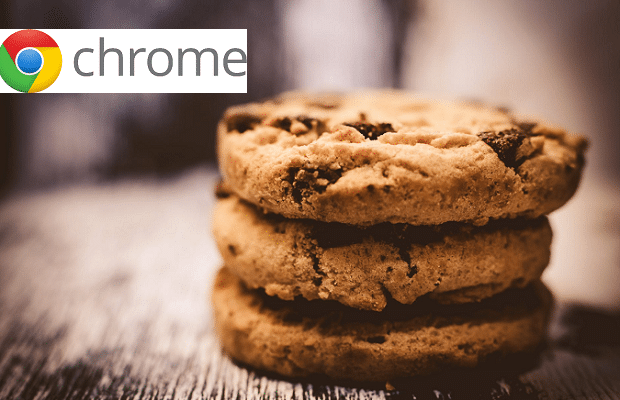 The long-promised decision of blocking third-party tracking cookies from Google Chrome moves back to 2023. Hear the collective sigh of relief from brands and agencies? That’s because much more time is needed for most businesses to adjust. Don’t have a plan yet? Look out for Google’s own upcoming Privacy Sandbox system, that will allow sites to show targeted ads (while reducing the amount of data users share).

As Google’s business model relies on third-party cookies for its ad business, it has cited the need to “avoid jeopardising the business models of many web publishers which support freely available content” along with wanting to “move at a responsible pace.”
The tech giant has set a 2023 deadline for the move, a year later than its original 2022 target.

In a blog post, the internet giant noted that: “Subject to our engagement with the United Kingdom’s Competition and Markets Authority (CMA) and in line with the commitments we have offered, Chrome could then phase out third-party cookies over a three month period, starting in mid-2023 and ending in late 2023.”

Google plans to implement its own Privacy Sandbox system in place of tracking cookies. This will still allow websites to show targeted ads while reducing the amount of information users share.

The company cited the complexity of removing cookies and implementing Privacy Sandbox as being behind the delays.
“We believe the web community needs to come together to develop a set of open standards to fundamentally enhance privacy on the web, giving people more transparency and greater control over how their data is used,” said Chrome Privacy Engineering Director Vinay Goel in a statement.

He added that the delays will allow the company to continue discussions with regulators, and also allow time for the advertising industry to migrate their services to the new platform.

“And by providing privacy-preserving technology, we as an industry can help ensure that cookies are not replaced with alternative forms of individual tracking, and discourage the rise of covert approaches like fingerprinting,” Goel added.

While similar browsers like Firefox and Safari have already taken moves against third party cookies, Chrome’s market dominance, with almost 65% of global market share, will have a major impact on digital advertising.

As part of its new timeline, Google said that it aims to deploy the technologies by late 2022 to give time for developers to start adopting them. The company can then begin phasing-out cookies over a three-month period, starting in mid-2023 and ending in late 2023.

The use of cookies to track data has been in question over the past few years. As privacy issues grow, there have been demands for the technology to be restricted or phased out.

Google’s plans to phase out third party cookies was announced back in 2019, setting its 2022-target in January 2020. However, websites will still be able to use first-party cookies.

However, the UK’s Competition and Markets Authority launched an investigation this year against Google over concerns that Privacy Sandbox would give the company a monopoly on digital advertising.

The additional scrutiny and the need to comply with the CMA’s concerns were cited as a factor in the delay, with the timeline being subject to Google’s engagement with the body. The company previously committed to ensuring that Privacy Sandbox would not give Google an advantage over its competitors.

Todd Parsons, Chief Product Officer at Criteo, said: “The announcement is welcome news for the people who rely on a vibrant and healthy open internet. We appreciate Google’s decision to create more time for the industry to prepare, but the extended deadline does not in any way change or impact Criteo’s strategy. We continue to build products that will enable our customers to reach and engage their audiences without third-party identifiers. This includes investment in our first-party media network, cohort-based targeting, initiatives in Google’s Privacy Sandbox, and contextual advertising, all of which allow marketers to effectively engage with their customers in a privacy-safe and consented manner.”

Konrad Feldman, CEO and Co-founder of AdTech firm Quantcast, said: “Any CEOs or brand leaders breathing a sigh of relief at this news and getting ready to reassign people and resources to other projects should reconsider. Google may have called extra time on the third-party cookie, but brands, agencies, publishers, and technology companies should remain focused on finding a long-term alternative. This will avoid swapping a mad-dash in the second half of 2021 for a mad-dash in the first half of 2023. There are also already many parts of the open internet, including Safari and Firefox, that require alternatives to third party cookies today. Post-cookie solutions have value now, regardless of the time extension. Quantcast remains focused on developing an innovative and interoperable alternative to third-party cookies based on sound industry standards.” Konrad Feldman, Quantcast CEO

Federico Rabacal, Data Engineer at behavioural media agency Total Media, said: “Google’s delay to cookie deprecation is mixed news for marketers and the industry. On the one hand it gives a reprieve to cookie-confused marketers and data solutions providers (adtech stock has already jumped), on the other it delays meaningful re-architecture of the open web to a more privacy-centred model, with the challenges to the FLoC approach in particular and an end to testing it’s current form in July. The link to the UK’s Competition and Markets Authority (CMA) investigations is notable, as is the need to ensure a level playing field in data control and ad supply. Overall this is another delay to the next chapter for digital media and it shouldn’t change brands need to continue to invest in building deeper relationships with their consumers.”

Tom Bianchi, EMEA CMO of digital experience company Acquia, said: “Google’s U-turn on its plans for third-party cookies is indicative of the impasse that the tech giant – and much of the AdTech industry – finds itself at. Consumer demand for privacy has never been stronger. 70% of UK consumers believe the decision to phase out third-party cookies would be a positive step towards greater privacy, yet cookies have been the lifeblood of the digital advertising industry, which relies on the data they provide to target online messages at consumers.

“However, Google’s failure to create a suitable alternative to cookies highlights the challenge facing the sector. Its decision to replace cookies with its Federated Learning of Cohorts (FLoC) initiative, while met with much derision, was intended to create a greater degree of privacy, but fell at the first hurdle. This latest reversal only muddies the water further. This is reflected in the rise in AdTech stock prices, which clearly shows the markets are uncertain of the impact of Google’s switch to FLoC. This delay is only adding more fuel to the fire.

“This week’s announcement underscores why neither FLoC nor cookies are viable in the long term – and why brands need to rethink their approach to data, and focus on consent-led strategies. Whichever direction Google ultimately takes, it is becoming increasingly clear that marketers now have a responsibility to move away from opaque data usage which has eroded consumer trust, and instead must find personalised ways to engage with their audience with their consent.”

Bill Tucker, executive director of the Partnership for Responsible Addressable Media, said: “Over the last ten months, PRAM and its hundreds of participating companies and trade associations have been focused on the development of a robust framework for privacy-protective, consumer-friendly identifiers that protect the core functionality of digital advertising, so it can continue to fund and support the incredible diversity of news publishers, small entrepreneurs, content providers, and online services that exists today. We remain steadfast and committed to that effort.”

“Google’s proposed browser-based initiatives are one piece of a much larger portfolio of potential solutions that PRAM is reviewing with its industry stakeholders, including both identifier-based and non-identifier approaches. We are pleased that Google has heeded the concerns of its industry partners and decided to delay its proposed changes to Chrome, given the significant remaining uncertainties around the impact of the change on the online ecosystem and the early stage of development of viable alternative technologies. This delay will provide additional time for testing and collaboration together, and we plan to continue to actively engage with Google as it further develops its plans.”

“Today’s news should not give anyone the illusion that we have the luxury of time. The clock is ticking, and we must be even more dedicated to the task at hand in the weeks and months ahead to ensure we can safeguard privacy, improve the consumer experience, and protect the ad-supported digital economy.”

Jonathan D’Souza-Rauto, Biddable Product Lead, Infectious Media, part of Kepler Group, said: “There are a number of reasons why Google’s decision to delay the process of removing third party cookies won’t surprise many in the digital media industry. It’s probably fair to say work on the alternative – Google’s privacy sandbox hasn’t moved as fast as expected and a lot of questions remain about certain aspects of it. In Europe, Privacy Sandbox with FloC in particular had challenges with GDPR so there is no way Google would release a product that only works in certain markets. If they’d kept to their previous timeline to remove third-party cookies they would have needed to start acting on their promises to disconnect their ads products from Chrome, which has slowly started. Google is also under acute regulatory and legal scrutiny right now. So in this context it probably makes sense to delay.”

“My fear is that if the death of the cookie happens in slow motion, the sense of urgency amongst advertisers to rewrite the book on how they reach digital audiences might wane. We hope this news doesn’t give agencies and advertisers the justification to keep old and bad habits.”