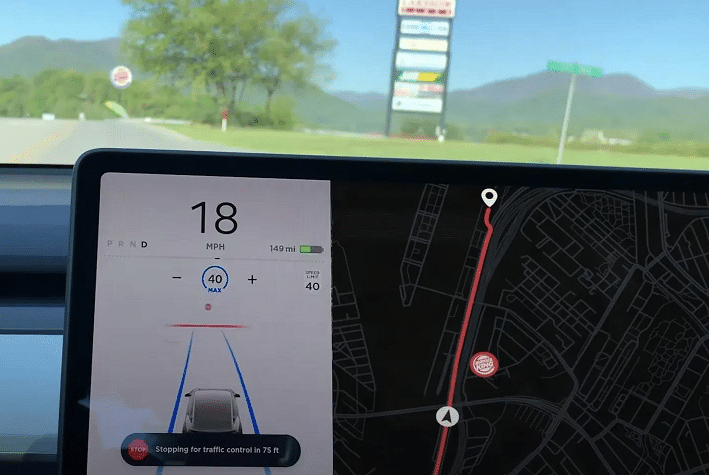 Burger King has turned a viral video featuring a smart car ‘stopping’ at one of its restaurants into a social media ad campaign.

The fast food chain found out that Tesla Autopilot’s new “Traffic Light and Stop Sign Control” feature can confuse Burger King signs for stop signs and they quickly turned it into an ad campaign.

In April, Tesla started to push an Autopilot update with the ability to detect and stop the vehicles at traffic lights and stop signs.

The new feature is called “Traffic Light and Stop Sign Control.” It is still in beta and it doesn’t always work as intended.

“Smart cars are smart enough to brake for a whopper,” the ad says. “Artificial intelligence knows what you crave.”

looks like AI even knows what you’re in the mood for.

pull up with your smart car, share a video/pic with #autopilotwhopper + #freewhopper & we’ll DM you a free Whopper code to use when you order on the BK app. see https://t.co/2HrzhTAM6A. pic.twitter.com/S74He7EcuQ

The fast-food chain only ran the campaign for a day encouraging people to post to social media the same Autopilot mistake, which they frame as the Autopilot’s artificial intelligence wanting to stop at Burger King.

They encouraged people with “smart cars” to take pictures of the same behavior and share with the hashtag #AutopilotWhopper or #FreeWhopper in order to receive a code for a free burger. 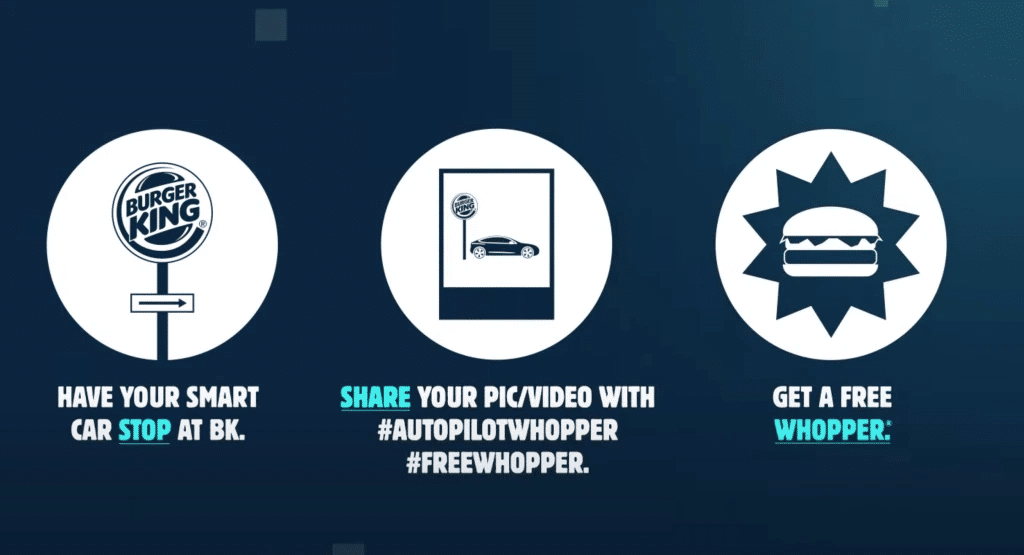 The promotion, which ended on 23rd June, received over 1 million views on some of its videos: