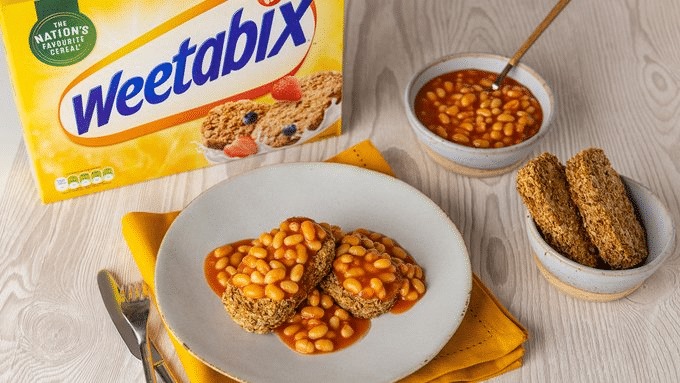 Weetabix Food Company has reported a surge in sales of its cereal, after it tweeted a controversial pairing with Heinz Beanz as part of a Sainsbury’s promotion.

Sainsbury’s co-ordinated the unlikely pairing of brands together for Valentine’s Day. The tweet racked up over one billion views, becoming the number one trending topic on Twitter, and sparking headlines in national newspapers.

Weetabix head of brand Gareth Turner said the business “certainly didn’t imagine we’d get such a big response on social media” and the post was “part of our wider campaign to encourage people to eat their Weetabix in different ways”.

Why should bread have all the fun, when there’s Weetabix? Serving up @HeinzUK Beanz on bix for breakfast with a twist. #ItHasToBeHeinz #HaveYouHadYourWeetabix pic.twitter.com/R0xq4Plbd0

A Heinz spokesman said the Beanz brand had “certainly gained a lot of positive attention” from the tweet, with the fmcg giant estimating it had made over 2 billion impressions.

Weetabix went so far as to partner with Sainsbury’s to merchandise Weetabix and Heinz Beanz together for Valentine’s Day at its Kiln Lane store in Epsom, dubbing the duo “the love story of the year”.

The love story of the year? Everything you need for breakfast in bed this Valentine's Day. Hopefully your other half will still be speaking to you on Sunday afternoon… #HaveYouHadYourWeetabix #ItHasToBeHeinz @HeinzUK pic.twitter.com/RW18PGmYoa

Many other brands joined in on the fun, tweeting their own replies:
Superdrug

It’s a no from us hun, but these are for later 🥴 pic.twitter.com/BRNxT4B5VH

From the brand that brought you beans on pizza… yes it’s garlic sauce. pic.twitter.com/dxnE1dJvob

You okay hun? DM’s are open if you need to talk 💖

We’re from Switzerland, so we’re staying out of this.

…and even the NHS