Advertising in a lockdown: What consumers expect from brands during the Covid outbreak 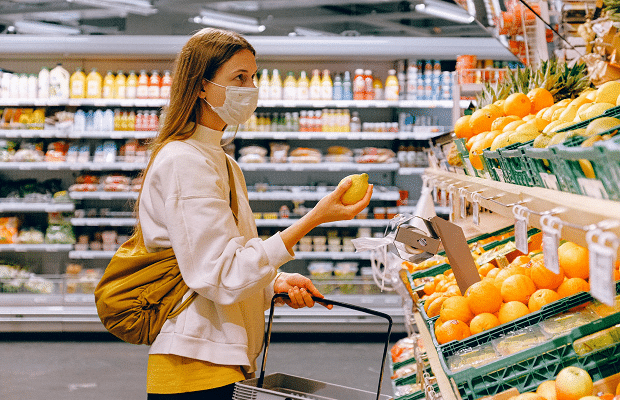 As more countries across the world impose lockdown restrictions to fight the spread on the Coronavirus, how is consumer sentiment towards brands and advertising changing? New research from Global Web Index looks at key markets across the world to uncover why people expect brands to help more and advertise less.

The international COVID-19 study from Global Web Index was was fielded between March 16-20. This report gives an overview of the study, including all questions, data cut by all countries, and details of the methodology.

Although Gen Zs (38% agree), males (39%) and the higher income group (39%) are the most likely to agree that advertising should continue as normal, the more striking trend here is the consistency of views by demographics.

Approval is led by Australia, Brazil, Italy and the Philippines at over 50%. Disapproval peaks in Germany at 60%, followed by France at 40%.

Globally, people are most in favour of brands responding to the outbreak by providing flexible payment terms (83%), offering free services (81%), closing non-essential stores (79%) and helping to produce essential supplies (67%).

All of these score significantly more than the 37% who think they should carry on advertising as normal, according to the report.

Views on advertising are polarised

• This polarization remains present by age, gender and income. Although Gen Zs (38% agree), males (39%) and the higher income group (39%) are the most likely to agree that advertising should continue as normal, the more striking trend here is the consistency of views by demographics.

• There’s much greater divergence at a national level. Approval is led by Australia, Brazil, Italy and the Philippines at over 50%. Disapproval peaks in Germany at 60%, followed by France at 40%.

• Globally, people are most in favour of brands responding to the outbreak by providing flexible payment terms (83%), offering free services (81%), closing non-essential stores (79%) and helping to produce essential supplies (67%). All of these score significantly more than the 37% who think they should carry on advertising as normal.

• Unsurprisingly, the biggest spike is for watching more news coverage; 2 in 3 are spending more time doing this (half of whom say they are spending significantly more time on it).

• Across the 13 markets surveyed, over 50% are watching more streaming services, 45% are spending more time on messaging services, almost 45% are devoting more time to social media, and over 10% say they are creating / uploading videos.

• China, the Philippines, Spain and Italy lead for increased usage of streaming services (over 50% in each country).

• Spain, Brazil and Italy are ahead for increased gaming (40%+). Smartphone usage is up significantly

• 70% globally say they are spending more time on their smartphone, climbing above 80% for Gen Z.

• Increased usage of PCs / desktops is led by boomers. For many other devices, increased usage is highest among Gen Z and then falls in line with age; this pattern is particularly pronounced for laptops, smartphones and smartwatches. millennials show the highest increased usage of games consoles, smart speakers and tablets.

• By gender, women are ahead for increased usage of smartphones and tablets, but men lead for games consoles, laptops, PCs, smart speakers and smart TV / media streaming devices. • Location can make a big difference here: over three quarters of urban respondents are spending more time on their smartphones, compared to just under half of rural consumers.

• Country-by-country behaviors can also be very different; around three quarters or more in the Philippines, China, Brazil and South Africa report increased usage of their smartphone, compared to around a third in the UK, Australia and Germany.

• iPhone owners (71%) have a 10-point lead over Samsung owners (61%) for increased smartphone usage. There’s widespread belief that the 2020 Olympics should not go ahead

• Only 5% now think they should go ahead regardless, peaking at 7% in Japan and the U.S. This remains consistent by age, although Gen Z (6%) and millennials (6%) are ahead of boomers (3%).

• Even in host country Japan, just over 50% believe they should be postponed or cancelled.

• The top income group have a notable lead for being open to making their purchases once the national situation begins to improve.

• Flights (26%) and vacations (41%) are the most likely to have been delayed, but around 15% report delaying purchases of luxury items, technology devices and home appliances / devices. The delay for luxury items climbs to one of its highest figures in China (20%), underlining the challenges for brands in this sector who rely on Chinese customers.

• Age is a strong influencer here; Gen Z are most likely to be delaying purchases in several categories, no doubt in part to their lower average income levels. Over 20% in this generation say they are delaying buying technology devices. Concern about the local vs global situation varies – in part based on where a country is in its journey

• In China, around 25% are very / extremely concerned about the situation in their own country, but this rises dramatically to over 50% when Chinese consumers are asked about the global situation.

• In countries like France, Spain, UK, and the U.S., the figures are much more equal – in each case, between 50-60% are very / extremely concerned about the situations both globally and in their own country.

• Business Travelers and Travel Enthusiasts (those who express an interest in Travel) are some of the most likely to have strong concerns about the global situation – almost two thirds in each audience of very are extremely concerned. Almost three quarters of consumers are interested in live streams of postponed events

• Age is a strong influencer here across the board; almost 50% of boomers aren’t interested in any live streaming, compared to around 20% of Gen Zs and millennials.

• Interest in live-streamed music concert drops in line with age, whereas millennials lead the charge for sports live-streams at almost 50%.

• Unsurprisingly, fans of each entertainment type report the highest interest levels: 50% of music lovers are keen to see livestreams of concerts, while almost two thirds of Sports fans are interested in watching live-streamed sport. There’s a disconnect between how people think this will impact their personal finances, vs what will happen to the national or global economy

• Perhaps buoyed by the absence of locally transmitted cases in recent days, Chinese respondents are the most optimistic about how long the outbreak will last nationally. Over 85% expect it to be over in China within 3 months, compared to just 33% in Australia, 20% in Singapore, 35% in the UK and around 50% in the U.S. who think the same about their own respective countries.

• National attitudes are complex here, and can be influenced by multiple factors. That’s why we find countries at similar points expressing very different perceived lengths of outbreak: in France, over three quarters expect it to be resolved in their country within three months, but only 40% in Germany think the same.

• Chinese optimism decreases notably when we ask people how long they expect the outbreak to last globally; only a quarter in China expect it to be resolved within 3 months. Fact-checked and filtered news is expected from social media

• Globally, around two thirds expect social media companies to be providing fact-checked content and to be filtering “fake news”. Almost 3 in 10 would like them to provide live-streams of events – something which peaks among Gen Zs and millennials.

• Users of different services hold broadly similar views about what social media should be doing. However, if we look at Facebook, Twitter, Instagram, WeChat, YouTube and Snapchat, then it’s Snapchatters who are most likely to want live streams and to have connections with neighbors / local communities. Meanwhile, WeChatters are most vocal about wanting factchecked content and the filtering of fake news.